Replacement parts for your GoPro HD Hero2 model to fix your broken camera! 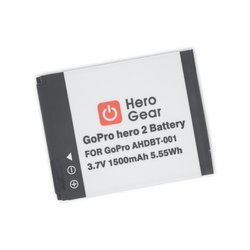 The HD Hero2 was released in October of 2011. GoPro claims the Hero2 to be "Twice as powerful in every way" when compared to the original GoPro Hero. It sports an 11 MP sensor, 2x faster image processor, 2x sharper glass lens, and ten 11MP photos per second burst, among other improvements. The Hero2 is designed to be wearable and gear mountable, waterproof to 197 ft (60m), and capable of capturing professional full 170º wide angle 1080p video and 11 megapixel photos at a rate of 10 photos per second.