Replacement parts for your HTC One M9 Sprint (0P6B700) model to fix your broken phone! 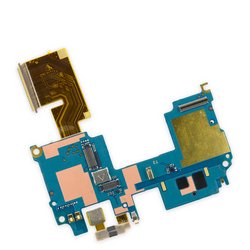 Replace the daughterboard circuit assembly for the HTC One (M8). Includes connectors for three cameras and the plastic amplifying chamber for the earpiece speaker.

The HTC One M9 was released in March 2015. Succeeding the M8 as HTC's flagship model, the M9 sports the same two-tone unibody construction as its older sibling, but has a new Qualcomm 810 octa-core processor, 32 GB of storage, and a 20 MP rear camera capable of shooting 4K video. Additionally, HTC has moved the power button from the top of the device to the right side, above the volume toggles.