Replacement parts for your HTC Vive to fix your broken virtual reality headset! 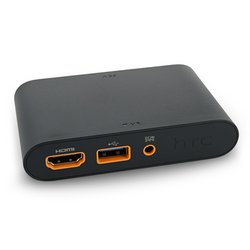 The HTC Vive is HTC's first virtual reality headset, co-developed with Valve, and released in April 2016. The device's model number is NM80PJT100.

The Vive features two 1080p AMOLED displays that support a 110º horizontal field-of-view. Motion tracking is powered by two Lighthouse base stations, which emit a field of IR beams to track the headset in full 360º motion.