We’ve got all the parts and tools to get your LG Nexus 5X working again. Grab a fix kit to repair a broken screen or dead battery in your smartphone today. 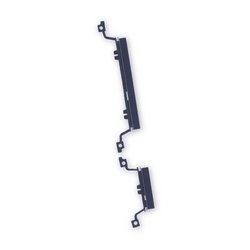 Replace the external button covers for the power and volume functions in a Nexus 5X smartphone. The internal button switches are surface soldered to the motherboard and a...

The Nexus 5X, initially announced at Google I/O 2015, was launched in October 2015. Like the Nexus 5, the 5X is manufactured by LG and features a 64-bit hexa-core processor along with Android Sensor Hub, an always-on motion coprocessor, and a fingerprint reader.

The 5X has a molded polycarbonate housing, and the screen measures 5.2 inches. The face features a single speaker and a status LED. The back sports the all-new fingerprint sensor and 12 MP 4K camera. The device ships in three finishes: Carbon, Quartz, and Ice.