Grab a toolkit for your iPhone 6s A1633 model and fix your broken phone! 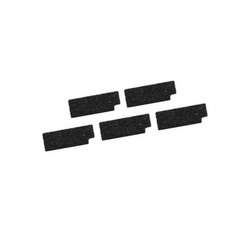 Replace the adhesive backed foam spacer on the back of the logic board connector for the lightning port assembly compatible with the iPhone 6s. Includes a set of 5 pads. 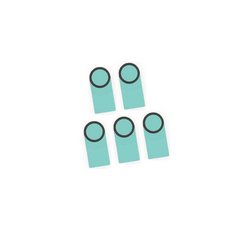 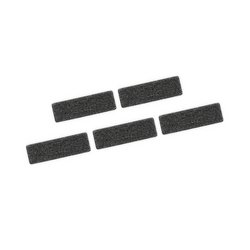 Replace the adhesive backed foam spacer on the back of the LCD cable connector compatible with the iPhone 6s model A1633, A1688, and A1700. Includes a set of 5 pads. 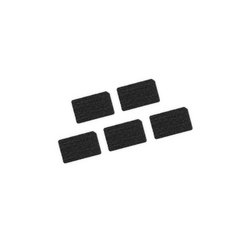 Replace the adhesive backed foam spacer on the back of the battery cable connector in an iPhone 6s. Set of 5 pads.

The iPhone 6s is nearly identical in design to the iPhone 6. In response to the “bendgate” design flaws of the previous models, changes were made to improve the durability of the chassis. The 6s was constructed from a stronger, 7000 series aluminum alloy, key points in the rear casing were strengthened, and touchscreen integrated circuits were relocated to the display assembly. Alongside the existing gold, silver, and space gray options, a new rose gold color option was also introduced.

One of the largest reported hardware issues with the iPhone 6s was unexpected battery shutdowns. Apple issued a warranty for phones with a limited span of serial numbers, however if your phone doesn’t fall under this category, don’t worry — iFixit has all the parts necessary for the most common iPhone 6s fixes including dead battery replacements and cracked screens. We’ve got the best iPhone 6s batteries and iPhone 6s screens on the market, along with a complete catalog of other iPhone 6s parts for the less common part swaps.

Once all parts and tools have been acquired, head to iFixit’s iPhone 6s repair guides for step-by-step instructions on how to make the fix.

The iPhone 6s earned a 7 out of 10 in iFixit’s repairability assessment. Watch the Teardown Review for more: