Grab a toolkit for your iPhone 6s Plus model and fix your broken phone! 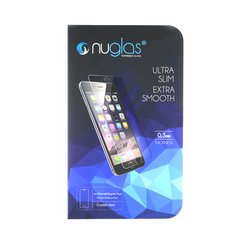 Protect the display on your iPhone 6 Plus/6s Plus from impacts and scratches with this precise laser-cut screen protector.

The successor to the iPhone 6 Plus, the iPhone 6s Plus was formally announced by Apple on September 9, 2015 and released September 25, 2015. Notable features include 3D Touch, Live Photos, the new A9 processor and M9 coprocessor as well as the Taptic Engine, previously only seen in the Apple Watch. The iSight camera is now 12 MP and sports the ability to shoot 4K video while the FaceTime camera has been upgraded to an impressive 5 MP.

There are three models of the iPhone 6s Plus. Model A1634 is sold in the US optionally locked to AT&T or offered unlocked, contract free for several carriers like T-Mobile, Verizon, and Sprint. Model A1687 is sold in the US for Sprint and Verizon or for T-Mobile with a nano-SIM, and for a wide variety of carriers in Canada, Europe, Asia, and elsewhere worldwide. Model A1699 is sold for mainland China.