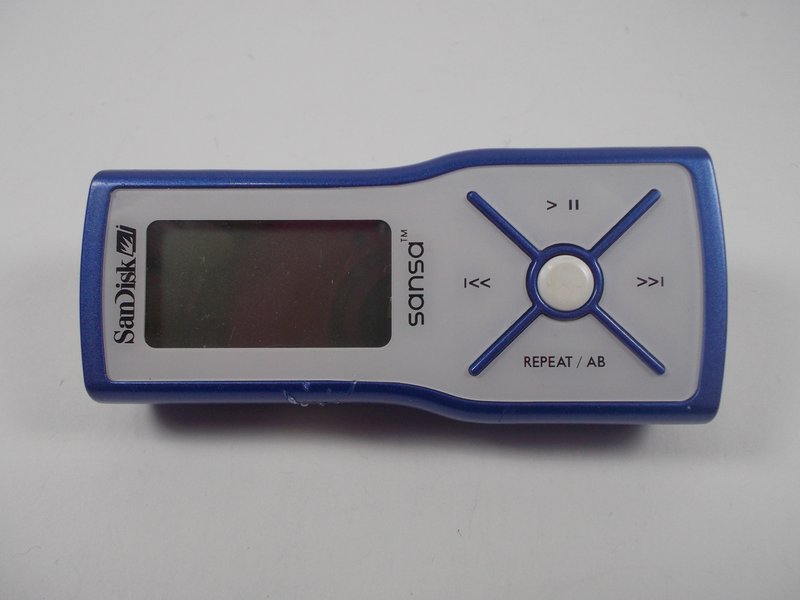 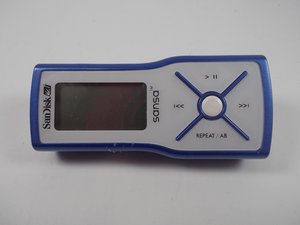 A portable music player which, by utilization of flash memory, allows you to carry your favorite music with you in a very small, light-weight package.

For useful information regarding troubleshooting common problems with this device refer to:

The Sandisk Sansa m230 Series mp3 player was released on October 4th of 2005. Sandisk first emerged onto the scene in 2004 with the release of their Digital Audio Player and later the Sansa e100 Series. Their motto, "Lots of features for less!" is achieved through their use of flash-based technology in their MP3 players. The Sandisk Sansa m200 Series, which this device is a part of, offers such features as an FM tuner, WMA subscription compatability, and up to 4 GB of storage.

The dimensions of the device are 3.1x1.7x1 inches. Not only is this device compact dimensionally, it also weighs only 1.3 ounces with a AAA battery, power source, affixed. Although the player is comprised mainly of plastic, the overall structure and presentation is solid. The device is shaped in an ergonomically correct fashion. This was done by having the outside shell of the device flare in along with the five-way player controls being located easily within range of your thumb.

Although the device has been on the market for quite some time, it remains to be a useful and affordable option to those searching for a portable music player.