The iPad Mini Retina Display is a worthy successor to both the iPad Air and last year’s iPad Mini. The Mini is no longer the runt of the litter, having gained the snappy A7 processor, M7 coprocessor, and a 2048 x 1536 pixel display at an impressive 326 ppi. Unfortunately, the newest member still carries the familial low repairability.

Last week, Amazon’s 8.9” Fire HDX tablet wowed us with its easy, adhesive-free opening procedure. Only 0.3 mm thicker than the iPad Air, the Fire HDX seemed to handily disprove the argument that repairability and thin design are mutually exclusive. Coincidentally, the iPad Mini is 0.3 mm thicker than it was last year, but the new Retina Mini uses its extra girth to support a flashy new Retina Display, leaving repairability woefully unchanged.

In fact, the updated specs mean little as far as internal architecture is concerned. With very similar construction and inhibitors to repair, this Mini earns the legacy 2 out of 10 repairability score.

Teardown of the iPad Mini with Retina Display, November 12, 2013. 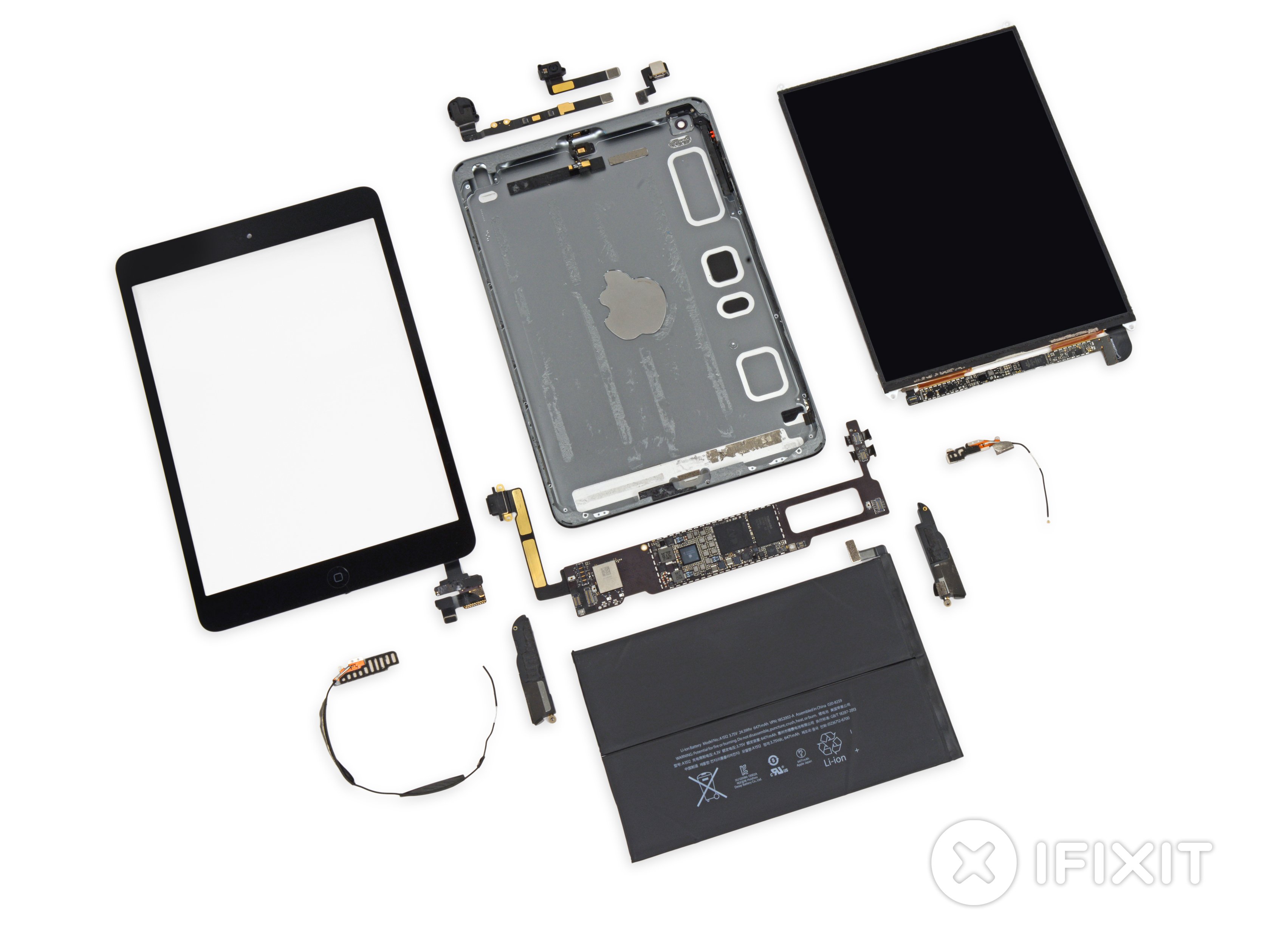 • While “mini” tends to denote added cuteness with compromised functionality, this Mini packs a resolution of 2048 x 1536—just like the iPad Air. The same resolution in a smaller screen means enhanced pixel density—326 ppi on the Mini versus 264 ppi on the Air.

• Our little Retina has an LG display, powered by a Parade DP675 LCD driver, similar to the DP655 found in the iPad Air.

• To the surprise of no one, we find affixed dual Broadcom BCM5976 touchscreen controllers—much like we’ve seen in a host of recent Apple products including the iPad Air and iPhones 5 and 5s.

• The battery weighs in at 3.75 V, 24.3 Whr, 6471 mAh—a huge bump over the 16.3 Whr battery seen in the previous Mini. It seems we’ve found the source of the Retina’s thicker skin; as Apple still pegs the battery life at 10 hours, we suspect the extra juice is being funneled into the swanky new display.

• Instead of glue, the logic board is seated over a couple of screwposts for security—a mini win for repairability! The only adhesive is a bit under the panhandle full of connectors, and a solid swath under the Lightning connector cable. 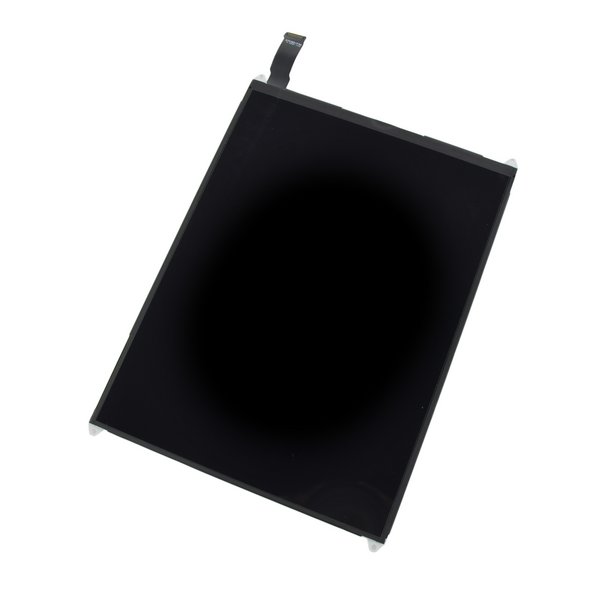 • Holy holes, Batman! What’s this? Wi-Fi-only Minis of yesteryear featured a blank expanse at the end of the logic board—just a flat space where the cellular chips would be. This Retina Mini’s board has a nifty cutout instead.

• We got the jimmies for some chip jimmies: 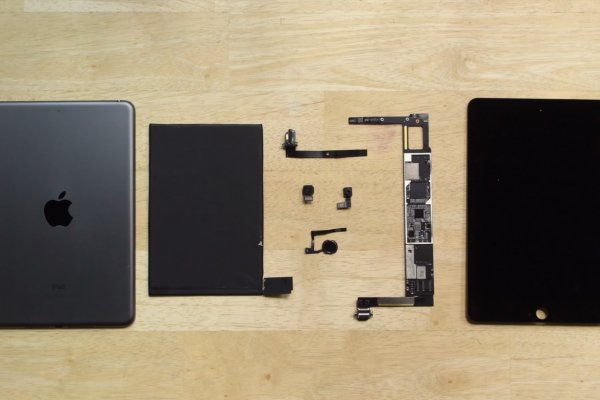 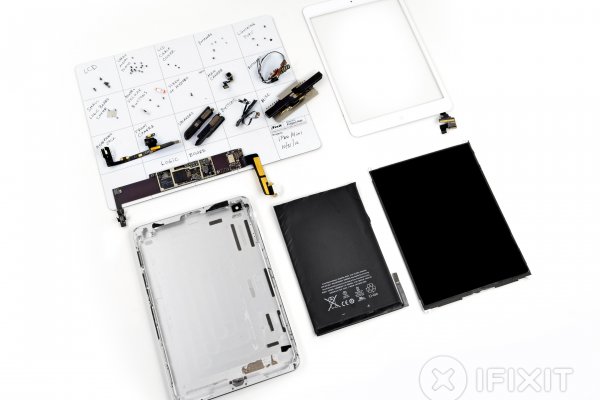