Straight from the chilly streets of Ottawa, Canada to you! We teamed up with our pals at Chipworks to get our hands on (and in) the all-new Sony PlayStation 4. We’ve grown accustomed to Apple’s accelerated release schedule, so when a device refresh is seven years in the making, we tend to get excited. 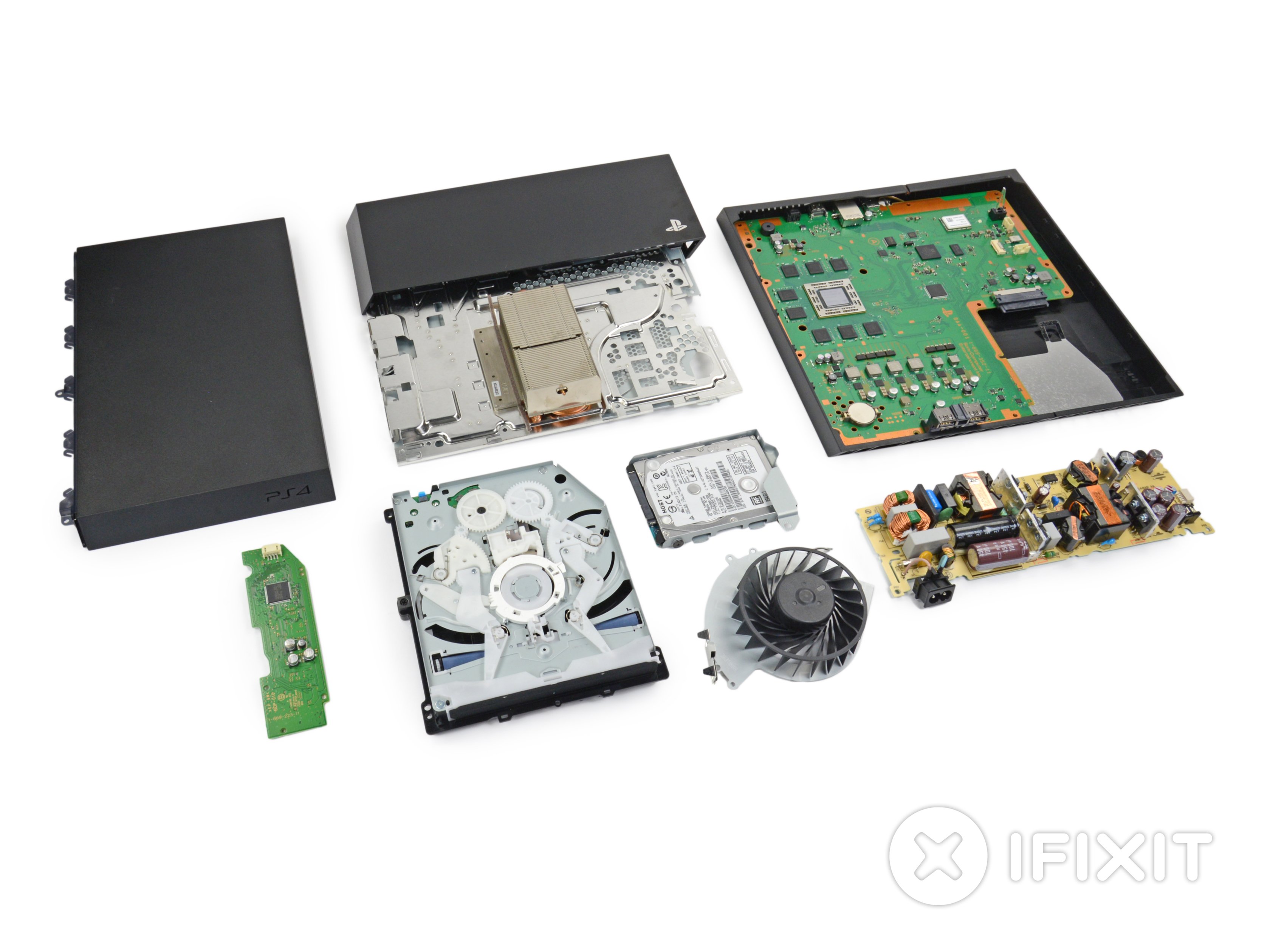 And the PS4 did not disappoint. This modern gaming machine has its feet firmly rooted in hardware land, and its head off in the cloud. While the console is not backwards compatible, cloud gaming could resurrect the games you stand to lose. Your newest zombie-slaying game additions, on the other hand, will find a secure home on the PS4’s user-replaceable hard drive.

With fewer screws and absolutely no adhesive, the console is more repairable than ever. Even in spite of security screws, warranty voiding seals, and a couple of sharp edges, the PS4 is both easy-to-open and repair-friendly—earning itself an 8 out of 10 on our repairability scale.

• We’re happy to see Sony give power to the people with the PS4’s hard drive: it’s user-replaceable. All that stands between you and hard drive nirvana is a plastic cover and some screws.

• But this is a bittersweet expansion win; the PS4 will not support external USB storage, drastically limiting the console’s usefulness as a media center.

• Tamper-evident stickers and Security Torx screws stand in the way of opening our PS4—not insurmountable, but certainly discouraging to the average user’s repair dreams.

• Built for form and function, the new fan is designed to run smarter and quieter than the old PS3’s wheezy windmill, spooling up and down gradually to keep the decibel count low.

• The power supply is rated at an AC input of 100-240 volts. This means you can take your game around the world with your trusty PS4 always at your side; just remember to bring your power socket adapters. 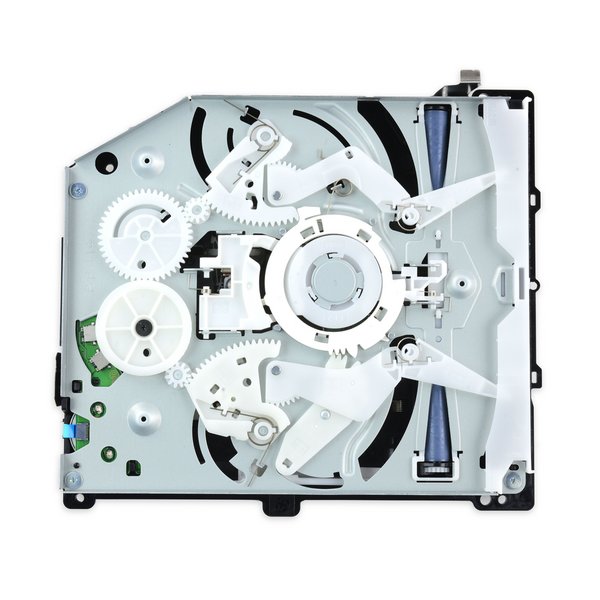 Optical drive without circuit board assembly compatible with a PlayStation 4 console. 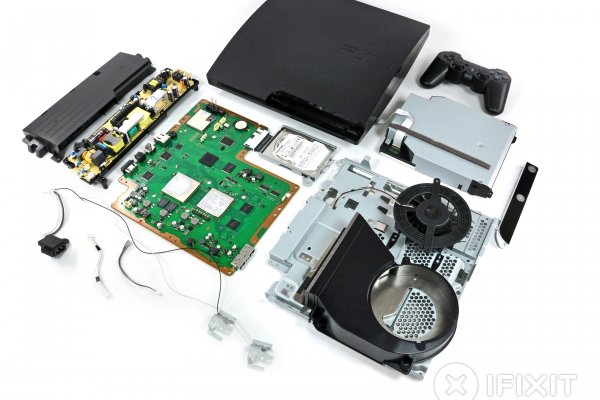 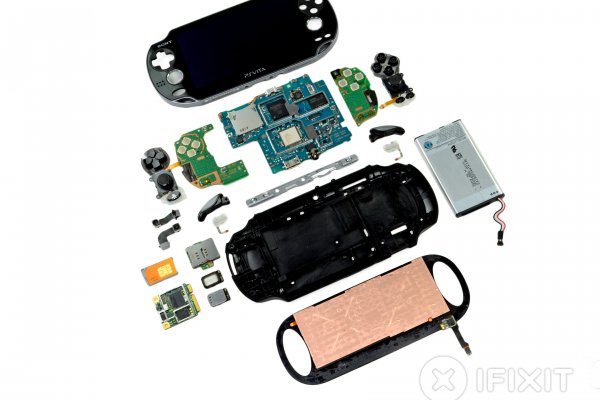