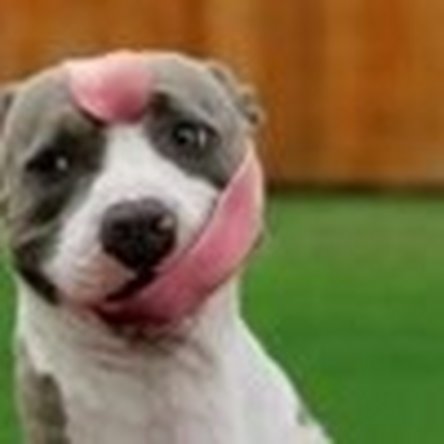 Upper and lower glass on the back

Hey, How can i replace the 2 glass parts on the back cover of the iphone 5? Cause i managed to drop my 3 days old iphone 5 on the ground and the bottom glass part and a little hit on the top like a spot 1cmto the left of the blitz. How can i replace those? or do i have to buy a brand new back coer for that?

I'm wondering the same thing. Broke the top glass next to the camera lens. Wondering if I can scrape it all out and pop a new one in... Hopefully parts start showing up for these things, I don't think I want to replace the entire back case which requires dismantling the entire thing. :(

The back glass is attached to the back of the frame on the iphone 5, The only way to replace is to simply remove the glass with a heat gun and reapply with a new glass part. These parts are some what hard to find.

Thanks, but how do i "glue" the new parts on? And what is a heatgun?

A heat gun is like a over powered hair dryer that heats up the surface to weaken the adhesive (Glue) to properly remove the glass. You can glue the new part on with a two sided tape (3M tape).

does iphone 5 flash has glass???i was wondering cause mine hasn't

the flash has a transparent plastic and is usually glued in place on the glass sheet.

I'm about to try this, do I need to remove all the inside parts first? That is, follow all the disassembly steps? It's obvious to me i'm going to crack these glass pieces every few months so I bought 5 sets of replacement glass and I'd like to do the safest cheapest job I can of it even if it's tedious.

google for "Top & Bottom Stickers for iPhone 5", it's 3m, mengtor has it and i see it on the ebay

I was going to add a response once I had fixed my own repair, but haven't gotten around to it. The heatgun and an exacto and plastic spudger easily took out the broken piece. Unfortunately, it also popped the camera lens cover and part of the flash assembly out with it, which I had to carefully remove and put back in with the new part. I used some 3M ATG tape on the back of the glass, and carefully put it in with the camera/flash parts in place already. Everything went fine except for two things:

- There are now a few dark spots on my pics. I assume there was some dust that got trapped on the lens, so be very careful about cleaning the lens and cover before reassembling!

- The ATG tape is slightly too thick, so the glass part extrudes just a bit from the aluminum it borders on. Not a huge deal, but noticeable.

I am going to order the thinnest ATG tape I can find and heat gun it again eventually to get the dust out of the camera. Hopefully I can get the glass back out without breaking it. :)

Oh, also from the parts I've seen the correct tape is 3M 300LSE - which comes in various thicknesses, thinnest being 2mil which I'm guessing is what they use. So something that thin should work.

Here is another cheaper option for the parts you need, They are well trusted by me, I order from them all the time, also you might want to check out the colored Aluminum skins they offer, they not only look good but protect your phone from this problem. http://www.mengtor.com/product_show.php?...

Have you bought these actual parts from them? I'm wondering if they are quality, well-fitting parts (minus the 24MP camera robot matching system or whatever at Foxconn)? Suppose it's worth a shot at $10.

Fastasleep I have been buying parts from them for 2 years and they are great.

Anyone have tips on the heat gun/adhesive side to this repair?

Mengtor seems to only allow orders $50 or more, directed at wholesalers. I found another source via China that ended up $13 with slow shipping. :)

When using a heat gun or blow dryer to remove the pieces: set the phone on a flat surface with the cracked side up, with the blow dryer on and over the cracked piece move it back and forth until you get it good and warm, almost hot to touch, carefully try to pry the piece off with a safe pry tool, it should slowly pry away and if it doesn't stop and heat it more, once removed you can replace with the new parts, they come with new adhesive already installed, just remove the protective paper from the adhesive, line the parts up to the phone and press them onto your phone.

Replacing the rear glass piece is possible but you will have to “gut” the phone out in order to fix anything. On the other side of the 5s/se there is a wifi antenna and camera cover attached to the glass. Scraping the broken glass could possibly break the wifi and antenna; those are even harder to find. Once the phone is “gutted” out, you can easily scrape the broken glass out and pop a new one back in.