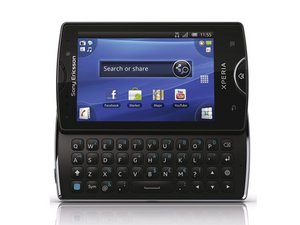 The Sony Ericsson Xperia Mini Pro SK17i comes with a 3'' screen, a slide-out keyboard and a replaceable battery. Released in August of 2011.

Why phone is unable to register a sim card?

mobile's network ic has shorted and cant be repaired

"mobile's network ic has shorted" explain this a bit better. what happened to your phone?

i replaced the lcd and touchscreen, tried to unlock and it happened the same.

the phone ask for pin (sim is recognised) but never takes a network. if you do it manually says it has no sim.

i re installed operative system to be sure it was not about software,

i was thinking the same, i saw this post, and i found the solution in xda-developers. is a kind of brick.

You only need to do an unlock using wotang server or omnius (have to pay...) and TA will be rewritten.

That is the problem your TA (no clue, must be a file about networking) is corrupt.

if that file is corrupt your phone does not recognise anyone, even the original carrier sim.

it worked for me, is not about hardware. At least that was my case.

hope it works for you aswell.