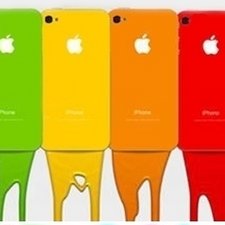 Why won't my iPhone 5S flashlight turn off?

Has anyone ever had a problem with an iPhone 4S where the flash will not turn off??

I'm told the phone has never been water damaged, and this happened shortly after a screen change.

Has anyone ever solved this problem? I have never come across this before.

The easiest steps to try would be to take out the battery for a few and place back in, see if that doesn't solve your problem, as well as inspect to make sure there was no water damage even though you were assured it hadn't been an issue

Try a soft restore, and if that doesn't work, I'd recommend a hard reset bro.

I figured I would post this. My light was on for probably close to three full months. If I turned on the flashlight it would be very bright, and when I turned it off, the light would dim slightly but wouldn't turn off. I didn't want to pay to have them replace the whole camera so I left it. I had it in my pocket during a water fight when this happened so water damage may have been an issue. But rice, hitting it, soft resets, hard resets, taking the battery out, resyncing with iTunes, nothing worked. I even let the battery die COMPLETELY but then when I restarted it the light just came right back on. Then three months later it just magically shut off. AND it didn't burn out. Now it works for the flashlight and the camera app. So I ended up saving $70 just by letting it sit.

My iPhone got wet not a lot like sumbersed just my kids sippy cup tipped over and dripped on it while i was at church when I found it for some reason the flashlight was on the screen was black but still had sounds and vibrations for notifications so I let the battery die didn't try it again till next afternoon plugged it in flashlight came on and few seconds later screen came on everything works fine except camera lock button and flashlight won't go off not worried about anything but how to get the flashlight off, how can I get it off? I'll wait like you did thought I'd do that anyway but thanks for your comment. Mine doesn't even register its on or does it dim but I'll wait n see what happens. Thanks!

Tap the phone camera flat on a solid surface, not too hard but hard enough to hear a smack, the flash light should go off then

The camera should be like this on the corner of the surface you'll tap it against, but the opposite way (camera facing down)

Gary was right on, unplug the battery for a minute then try a RESTORE directly through iTunes and make sure to update to the latest iOS (don't forget to back up and make sure you are aware of the iCLOUD ACCOUNT AND PASSWORD attached the phone before doing this). I've seen this issue a lot. Most of the time it's from liquid damage or logic board damage and not from a faulty camera, but your camera could also be defective. I guess the LED could be shorting out if it was touching the logic board.

If the screen replacement was done recently I would bring it back and ask them to test another camera in the phone just to rule out of the possibility of a faulty camera.

Thanx i guess that's what I have to look forward to.. Mine must have gotten wet on the beach with a wave... I realized the problem when it got really hot.. Then the cooling down message came on.. Not eligible for a new phone for another six weeks

My phone battery has died and has been switched off for at least 3 days now, but the flash is still on which I'm finding really strange. Any ideas?

Don't of the flash why

The above suggestion to open camera and take pictures worked for me. I fiddles with the camera settings (turned flash on and off) and then the camera was on. thanks!

My light on phone will not shut off