Do I need to fix more than the screen?

The screen on the phone is badly cracked. To make sure the phone was fully functioning before I attempted repair, I decided to charge it. The phone displays a little blue blinking light, though nothing else shows up (no visual screen).

Sounds to me like you'll just need to replace the screen using the guide below. 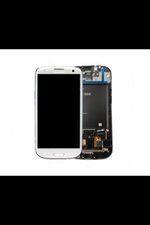 A full screen assembly will fix this

A full screen fix, as in what, exactly?

here i made a video

about how to change it in theory. it is very accurate in whiteboard.

it is about 30 minutes but it will help you to understand all you must do.

here it is other video about samsung s3