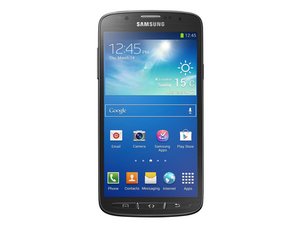 The Samsung Galaxy S4 Active is a rugged version of the Galaxy S4. Currently, it is only on AT&T's 4G LTE network.

Back button not working

The back button on my s4 active does not work, but the other two do. I have replaced the old button assembly with a new one and it is still doing the same thing. Would this mean there is a problem with the daughterboard? The phone charges fine as well. I have also tried a hard reset and wiping the cache partition but they still didn't fix the issues. Thanks for any help

I love this phone, I've had mine for years now, those soft keys on the front of the phone are actually controlled by the charge port. If you plan on replacing it yourself there are a few things to keep in mind.

Order more than 3. Yes, the failure rate on these parts is SO BAD that ordering less would only leave you frustrated. The charge port module on this phone controls the three softkeys, the charge port..(obviously) the antenna, and the main mic.

ALSO- take care removing the coaxial cable that runs down the right side of the device (when the phone is on it's face) if it gets damaged in the least, you will have abysmal signal, and you might be able to make a phone call standing on top of a cell tower... MIGHT.

Your problem is an easy one though! Don't worry, and don't go about doing anything software related, as 9/10 this probably isn't your issue.