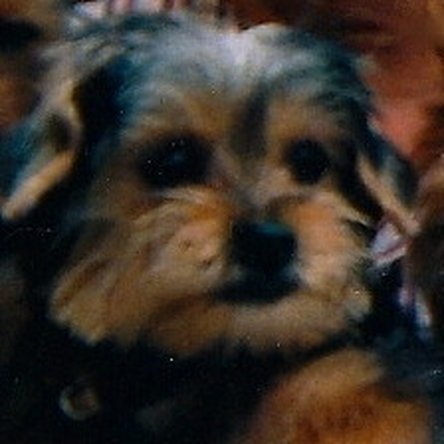 A1342 Model won't start up or even charge

This question was asked and the answer didn't solve my problem thus asking it again.

I got this Mac (A1342) from a friend who was told by the local Apple Store that the 'battery was swollen' and should be replaced. It will not turn on or charge. Simply dead.

My first thought was the battery thus I have checked and OEM batteries are not available. Not sure if iFixIt non-OEM batteries will sustain the unit. I previously bought a 3rd party battery for a 15" MacBook and it died within two years.

I also hate to replace the battery if it is something as simple as the DC in board needing to be replaced.

I have a similar MacBook as the A1342 and that uses the same Power Supply (P/S) and that Mac charges fine so I know the P/S isn't the issue.

I had another MacBook with a similar problem and all it was was the DC In board.

Thank you but I have the box the laptop came in. Almost all that information is on the side of the box. What I need is an answer to my problem so I can get the laptop up and running.

Get a battery or replace the DC in board, or is it another issue all together.

StevieB from ABQ, absolutely. But it does help those that are looking for a solution to your problem since it identifies your hardware. Therefore this is posted as a comment and not an answer.

I fix mac computers as a hobby, so I am in no way an expert, but in my limited experience, it sounds like the dc in board needs to be replaced. Replacing the battery will also be necessary. I have two for this model that were third party and they work just fine. Taking the age of the computer into account, it could also be the logic board, but I'd have to get my hands on it to give you a more clear answer. I would start with the cheapest repairs until you find the problem.

I was able to use a friend's laptop (same model) and did a battery swap out today. The laptop in question did start up so the battery is definitely the cause (at least one of them). So I have located what is supposed to be an OEM battery and will replace that initially. If there are still issues then the DC In board will need to be replaced and that looks a bit challenging (but do-able).

I hope when I'm all done, the logic board is not an issue. Hate to spend money on replacement parts and then end up with a larger issue.

After replacing the battery, it will not charge thus the DC-in Board (MagSafe Board???) needs to be replaced. The battery may still be good even though the Apple Store said it 'was swollen' and should be replaced.

I replaced the DC-In Board (MagSafe) and now I just get the start up spinning circle (after the 'rebuild' bar underneath it). Let it go for 10 minutes without a complete startup.

I forced a shutdown, re-opened the back case cover, disconnected and reconnected the HD cable, the Optical cable and Keyboard cables. No joy.

I also attempted to force a start up using an Apple supplied System 10.5 CD without success. FWIW, after I did just a the battery replacement, the laptop DID start up and operated. I tried my charger without getting indication it was charging which lead me to replacing the MagSafe Board.

Should I do the tear down/rebuild to ensure all cables are properly seated? Since I can't get a screen, I can't determine if the MagSafe Board is working properly.

Any ideas or recommendations?

Wow, that's a strange problem. I'll give you my testing process since I don't really use a multimeter and my experience is limited to self teaching. Try an SMC and PRAM reset first. Instructions for that are pretty easy to find with a google search. Then try the teardown/rebuild. Next try to hold down CMD+R at the same time to start internet recovery. If that doesn't work, try a different hard drive with an operating system on it if you have one. I always swap hard drives to see if maybe the drive is corrupted. Next, try to swap ram. Bad ram has happened to me before. If that doesn't work, that may be beyond my expertise level but my last guess would be that the battery damaged something on the logic board. Board replacement may be the answer if nothing else works. Sorry I couldn't be of more help.