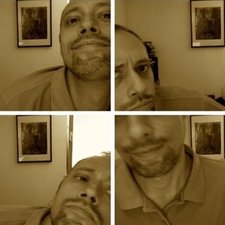 Is it possible to replace the internal ssd with the latest 2015 model?

Sure it's possible. The problem is obtaining Apple's proprietary SSD. Here's how to do it: Remplacement du SSD d'un MacBook Pro 15" Retina mi-2014

OWC says you can do it but provides nothing to do it with, as yet.

This is a quote from OWC:

Apple does not intend for end users to upgrade the SSD in these models themselves. The company even has used uncommon "pentalobe" screws -- also called five-point Torx screws -- to make the upgrade more difficult. However, access is straightforward with the correct screwdriver, the SSD modules are removable, and Apple has not blocked upgrades in firmware, either.

As a result, third-parties, like site sponsor OWC have released SSD upgrades with a compatible connector for the "Mid-2012" and "Early 2013" models. Specifically, OWC sells the compatible Mercury Aura Pro SSD and provides the needed screwdriver as well as an Envoy Pro bus-powered external enclosure so the original SSD can be repurposed as an external drive.

OWC is hard at work on compatible SSDs for subsequent models and plans to release ones soon. In testing of the "Mid-2014" systems, OWC discovered that when a "blade" SSD from a Cylinder Mac Pro is installed in one of these systems, it "negotiates a x4 PCIe connection versus the stock cards, which negotiate a x2 PCIe connection." This means that the Retina Display MacBook Pro provided more than 1200 MB/s drive performance, a huge jump from the standard SSD.

Consequently, all of these models can support larger SSDs than the ones provided by default, but some models support faster SSDs, as well.