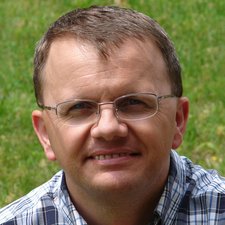 Should I try to repair the charging circuit?

I got an iPhone 4 to repair. The issue is that it does not charge any more - at least not based on the screen.

When I plug in the cable (connected to the wall socket), the screen briefly shows me (1) the icon of the 31pin plug; (2) an electric flash; and (3) the battery icon with a blinking red area at the bottom of the battery icon, indicating that the battery is empty and needs to be charged.

Oh... I almost forgot: I also see a thin blue line along the screen.

In any case, the iPhone has not been used for months, so I assume it is as good as dead. However, measuring the pins of the battery I get 3.7 V. Hm...

I replaced the older docking port, since I saw that the owner had pushed back one pin in it, which I tried to fix but finally broke.

It seems to me that something is wrong with the charging circuit, maybe relating to a electronic component or chip.

Thanks for your suggestion. Today I installed a new battery but the problem seems to be the charging circuit.

I can at least now switch on the iPhone (:-)) and can see that the new battery is still charged (about 30%). However, when I plug in the charging cable (connected to the wall socket), I don't see the flash symbol on the battery icon on the top right, i.e. the battery is not charging.

There is one disadvantage that came with the iPhone when I first opened it: It had been corrupted, meaning some screws were missing and also the retaining bracket for the docking port cable. However, I pressed on that connection to see if the issue could be that connection. But no changes after all.

try replacing the battery. Litium Ion batteries are only designed to last about 2 years of normal usage but with long periods of non-use that can be shortened. Sometimes the battery will be so dead that it will not power on the device or even accept a charge. A replacement battery should only cost $5-10

Through further research I figured out that something with the charging circuit is not right and that some tiny parts connected to the charging process needed to be replaced. However, since I don't have the tools nor the experience (key word: reflow) I told the owner today that the iPhone cannot be fixed.

As a technician whose motivation is to fix things, that is a strange experience.

"Lord, by this time he stinks: for he has been dead four days." Stefan, we're just workmen not resurrectors.