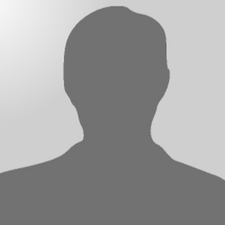 So today for some reason my MacBook Pro (Mid-2012) 13" 8GB RAM/Samsung SSD ran unusually slow when I first powered on.

To the point where it took 1 minute to open Google Chrome later to crash when I tried to enter a URL. I restarted it, and I ran into the same problems, opening up a folder would take ages.

So, I booted into Safe Boot, but to no avail. However, I did look at the System Logs from Console and I took a picture of the logs. For some reason, it was logging an error every 10 seconds since the start of the morning.

I took it to an Apple Authorized repair center at my school who attempted to diagnose it. They attempted to power on my computer but now it wouldn't boot at all.

You could hear the disk drive starting up but you would get stuck at the white screen (no Apple logo, no progress bar). They ruled out the hard drive (esp being that it is only a few months old) after running a few tests on it but they didn't know exactly what was going on, however they did say it could be a corrupt OS.

I haven't had any performance issues prior to today and I didn't install any new software. I'm now stuck with a computer that won't boot and I have finals coming up...

Any ideas? All help is appreciated! Thank you.

Turns out I fell prey to the TRIM bug my hard drive (Samsung 850 SSD) was known to have. That also explained the reason why my OS was corrupt. For those who install aftermarket SSD drives on a Macbook Pro 2012 which originally comes with a HDD, make sure to enable TRIM to avoid this happening to you.

You may want to read this: OS X El Capitan Opens Door to TRIM Support on Third-Party SSDs for Improved Performance. We have over 100 of Samsung 850 EVO's in the field without any problems. There was an issue with Linux and with the Pro series but not a single problem with the EVO series.

Strange. I had El Capitan when the whole problem started. Geek Squad ran diagnostics on the SSD and confirmed it was a drive issue, while they attempted to re install the OS. As soon as I called Samsung support and I had told them I had a MacBook + an 850 Evo, they told me it was most likely TRIM that was the cause. Perhaps it wasn't TRIM, but rather a defective drive..

I had the same machine come in this week with the student facing finals, same problem. Hard drive was good in external USB adapter mode, I replaced the hard drive/IR cable and I'm her hero. I got a dozen yellow roses today ;-)

Turns out I fell prey to the TRIM bug my hard drive (Samsung 850 SSD) was known to have. That also explained the reason why my OS was corrupt. So I guess you had a point, thanks for your help.

I hope you have a good backup! Sadly, I think you do have a drive problem here.

You talk about having a Samsung SSD do you also have a HD as well, a dual drive setup? I need to know so I aim you the correct drive and can explain why the drive is having problems.

>>> Don't assume its the drive physically here theres more to it! <<<

You jumped were I didn't want you to! No, its more complicated that just the drive its self. So, the question remains ... Do you have a dual drive setup as you imply or do you only have the SSD? If you have just a SSD then you'll need to replace the SATA cable as its bad as Mayer likewise agrees here.

It's just the SSD, so I guess the SATA cable then?

Why would he have to remplace that part @Dan,

And @mustafa abdelhamid, did it work ?