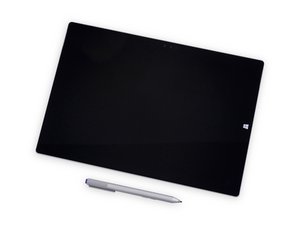 hope if anyone could help

my SP3 now is totally dead and Microsoft confirm that the only way to repair it is to replace. so i would try if i could solve it without teardown the tablet

by try and error approach

My idea is to check if i could wake my lithium ion battery from outside ,as i read something about boost a sleep battery from this article:

so in the video link below i think that what get happen to this battery for example:

all what i believe that it is 4 cell(the 6 charger pin on each side.)

I am actually seriously planning to hack a connection to the battery and make an alternative external charging mechanism , I also have a degree in electrical engineering, I am on my way to my 3ed bricked sf pro 3, multiple chargers, new type , old type, alternative ones, driver updates, battery not charging, power-supply not detected, I have been trough it all. I am so fed up by engineers that ships unfinished product and messy driver updates. On my current SPro , the battery was good for 6h+ last week , but is now dead due to an "update" and not detecting the power

We solved our charging problem by docking the wife's surface and using an icharger when traveling. However, docking it too long will lead to battery swelling. So collaspse the docks to charge and extend them when its charged. This has worked great for 3 years and counting.

I have found that often the surface still charges even though it's charging led is not lit. Reach down and see if the power supply is warm. A warm supply means a charging surface. You should be able to pull your surface battery out of deep sleep using a USB cord plugged into your computer or a car outlet. Another way is to buy another AC charger and cut the plug off.

I found the opposite... The charger light is "ON" when plugged into the surface, but the charger remains cold, knowing that the computer is not even at 30%, not charging at all.

I managed to resuscitate the surface 3 with your hint; I needed something to wake up the charger / laptop function after all the other methods we all know ( volume up + power etc etc) failed.

I connected a mobile to the USB port of the charger while still plugged to the surface. I found it extremely fast charging the phone and getting warm too.

I waited until the phone was fully charged and still charging the surface.

After 15 minutes tried again volume up+ power and worked!!

I'm not a tech guy but the hint of resuscitating both charger and surface at once made sense.

I leave the probable explanation for the clever people, but I thought it was useful.

Thanks for listening and for your clues.