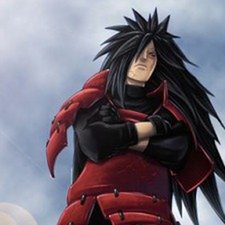 iPhone 5s stuck on "searching" even without sim card

My iPhone 5s suddenly stuck on "Searching" for the cellular network, even when I eject the SIM card the phone doesn't display "No Sim".

Everything else works fine.

I have no idea whats happening with this phone !!

i did a reset to the settings, and network as well, and no fix,

Software Update is not available at this time. try again later.

My phone does have the same problem. I almost done everything but update because it wont update. And it doesn't show IMEI or modern firmware. Any other optiona guys?

Try putting the phone into restore mode and setting it up as a new phone in iTunes.

I'm guessing that an OTA got stuck or corrupted. I've been seeing more of this on older phones and iPads lately. If that doesn't fix it, then please update. I highly doubt its a hardware problem and should be just a software glitch.

I can't restore it because it will stuck on activation screen

did you try putting it into restore mode and connecting to itunes?

no, and what's the purpose??

its what usually fixes your issue

Try putting your time and clock on manual and put in the right date and time and this might help you out it has for me so many times as its always the small silly things,? Good luck

Good call. I always set up via iTunes, so I always forget manual time/date update.

I did it before, it's not the case, this problem needs a hardware repair

Does the phone show IMEI and modem firmware in Settings > General > About Phone? If not then the phone probably has a hardware issue in the baseband circuit area of the logic board.

My phone does have the same problem. I almost done everything but update because it wont update. And it doesn't show IMEI or modern firmware. Any other optiona guys?

If it doesn’t show Imei number then it’s more likely a hardware issue,?

You have to check the phone baseband status(Modem Firmware) or imei by press *#06# if the status null don`t restore it.It will stuck on recovery mode.It`s hardware issue.

ok but my iphone show IMEI .what is the solution

No dought if imei is ok and iphone is in searching or no service that is the issue of baseband chip reball it.Surely the problem is solved.I had do many like this faults so i tell me with my experience

That’s bullshit don’t listen to the hardware issue as that’s 1% of the time as just putting the right time in as when the battery is removed unplugged the iphone resets itself and it has The wrong time so make sure you do all the small things first as I’ve done the whole iPhone completely tear down replaced and reballed the chip just to find on my time settings it was just searching so I turned off automatic ant that fixed the problem and please always do the easiest things first as most cases it’s something small and even the bass band needs restoring or if you check the Imei number and it’s been reported lost or stolen it will still have a signal as I’m on the very iPhone 6 that was lost and I use to go on my apps and banks as never would I put all my details into a phone I use with SIM card as even looking at email and click the link and it’s a fake email then the scammers have all your information. Never click always come off go and sign straight into the account that emailed you,??

A few months ago i got a new iPhone and let my friend use my old 5s bc he wanted to try an iPhone and couldn't afford one of his own. At first he used it like a regular phone but for whatever reason it charged him more money for his data so he took out his sim, put it back in his old phone and used it like an ipod. Recently, however he broke his old phone and tried to put the sim in the 5s, and it constantly said "searching" at the service indicator. At this point he was able to afford an iPhone of his own so he bought it and gave me back my 5s after formatting it. I tried to set it up but i got the "your iPhone could not be activated bc the activation server is temporarily unavailable. Try connecting your IPhone to ITunes to activate it, or try again in a couple of minutes" after it tried to activate for a while. Ive tried taking the tray out, putting the my current sim back in, connecting it to iTunes, blowing on the open slot to try to clean it, turning my phone on without the tray, hard restarting it and using it without any sim card in it, and it still continued to say searching, even with both the sim card and tray were out. When i connected it to ITunes, my computer said ITunes for a while, but once it fails to activate iTunes says "The IPhone "IPhone" could not be activated because the activation information could not be obtained from the device." "Disconnect your IPhone, make sure the sim card is inserted correctly and, if you use a SIM PIN, tap Unlock to enter it, and then reconnect your IPhone." I would really like to get my old phone working, at least as an ipod so I could have the possibility of either selling it, lending it to another friend, using it for stuff i don't need on my regular phone, or just have as a back up phone. For any of those ideas, however, i need to at least be able to set up the phone. My friend did note that it wouldn't update and something i read said that these things were related. Someone please help me out or let me know if you have the same issue. Almost all of the suggestions in this video were done by the phone being able to be accessed.

update or restore your ios works 100%

First Go to airplane mode switch on then off if that doesn’t work go to the clock on settings and if it’s searching for the automatic time then click to manual and put the right time and date things like that that usually sorts the sim searching problem out but if you have jail broken your device make sure to restore and full update to remove it all as it will brick your iphone and if that’s not the case then go to settings and restore network settings as if you got nothing to loose then fully Update and restore but back up 1st always,??? Good luck

Please help me i have too this problem

I restored it using iTunes. Just do it :)

Hi dear do the same as the comment I put above in that order.? Good luck

I had the same issue and updating to the latest IOS resolved this issue. This was only possible through ITunes on my Mac.

What’s the error code your getting please,??? Also try and go to settings and turn clock to auto and if it’s just searching then put in manual and put the current time and see if that sorts it out if not then update from network settings,???let me know cheers

This is my problem too

this is a common issue with the baseband or baseband power management.

Ways to diagnose this issue

1) go to settings, general then about and see if you have modem firmware listed

both of these issues require good board level repair skills.

And if it didn't work? What should we do?