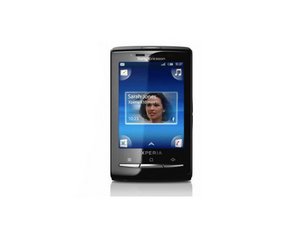 The Sony Ericsson Xperia X10 Mini E10i runs on a custom version of Android and features 3G access. Released in 2010. 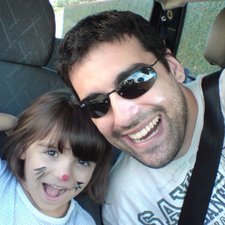 Wife drop it on the toilette.

I'm from Brazil and new here.

As I said my wife did that! She says it felt from her back pocket into water. She take it back in the same time, so I figure that it stayed in water for about 3 seconds...

The battery was almost empty but when she take it back the phone had turned off. She dryed and tryed turn it on again. Don't worked. As she where shopping, she just tougth the battery went off and keep shopping!!!

Resuming, the phone stayed like that for about 6 hours.

When I tryed to turned on, didn't worked so I plugged on and started to recharge the battery. Didn't worked. Well, the battery don't pop off like other phones I had, so I search and foud this: Sony Ericsson Xperia X10 Mini E10i Teardown

In about 5 min. I managed to unplug the battery, but couldn't make to pop off from it's container, it looks like glued or some. It still there, but unpluged.

Using an air brush, gently I dryed the phone, I was happy 'couse it wasn't wet, only litlle tiny drops here and there, all outside the eletronics. Re-assemble and start to charging again. Still dead.

Now the phone is inside a jar of rice like I read in many places in the hope it dry some moisture that I coldn't see. I'll let there for three days.

Someone knows what coud happened? Did I loose the phone? It's the battery only? I'm sad.

So much worse and the guy succeed, his phone became a fish, my wife's just took a chower...

Sorry if I write some. wrong.

I repaired already 3 phones with DESTILLED WATER (the pure water without any minerals.

Take battery out andp ut the phone in for a while to rinse it. Then dry in which way ever.

let your phone sleep in rice for the night - take out battery sim card sd card and strip it as much as possible. open up the keyboard if it has one and immerse in dry rice

the next morning my wife's phone was back to normal

if you can leave for a couple of days to make sure! our screen still a little bit misty :) but the phone works after being dropped in the bath!

Since ur from Portugal, let's speak Portuguese.