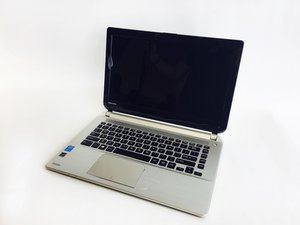 Why won't my computer register my webcam?

Why is my webcam not working? It’s connected to my computer but my computer is not registering it as a device. What do I do?

i had this same problem. this really has been a great laptop in the now 6 years that i have owned it.

this turned out to be a simple fix that DROVE ME NUTS! i kept getting the error that the webcam was not attached and i couldn’t even find it under the device manager.

i even did a registry edit trying to get the computer to find it.

so all you have to do is this:

shutdown your computer and hold the ‘shift” key while doing so.

if you don’t do this then the computer doesn’t do a full shut down.

when the computer shuts down wait a few seconds.

then press the power button to turn it back on.

the bios screen should come up

and your web cam should be right there to switch on and off.

anyways…. i hope this helps

it took me a few months to figure this out.

This sounds like you’re having a driver malfunction, go into the device manager and remove the camera (it may be listed under "unknown devices"). Restart the computer and let it detect the camera and reinstall the driver. If the above doesn't work, download a fresh copy from Toshiba (i.e. from here: http://support.toshiba.com/ ) and install it. You will need your model number (E45-B4100) and your operating system. There is a guide available at [Toshiba Satellite E45-B4100 Troubleshooting | the troubleshooting page].