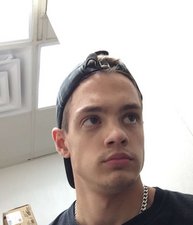 The first iPhone 6 Plus full display assembly replacement was fine for a month until the front facing camera no longer took pictures straight. It was off-axis and no iOS restore or manually readjusting the camera unit helped. The Touch ID also stopped working.

I got another replacement fairly quick under warranty and I installed it. The big issue I have now was the home button/Touch ID flex cable being improperly made to size. Still. It's too long just like on the first replacement and therefore when putting the device back together, there is slack in the cable and thus causing just enough added thickness to push the display up with a fairly noticeable gap in the top left corner.

Now I am also noticing this increased pressure is causing LED bleed through the display in the same area causing a white circular spot to appear. The first display didn't have this at least because I was able to fold the cable a bit to flatten it. How am I suppose to install this display with the cable causing this extra thickness? I'm reluctant to file another RMA because I doubt the next replacement will have proper cable length.

I've used plenty of iFixit displays and never had an issue. I have no idea how a camera could be off axis. It sits in a nice little bracket and can't move. In order for it to move, the whole flex cable would have to move. Your earpiece speaker and prox sensors would immediately stop working.

I also have no idea how a home button flex could be too long, especially long enough for it to bulge your display. I can't count the number of iPhone screens I have replaced and I have never seen anything like that.

No doubt I think their products are great. I don't think the camera moved physically, but in every camera app the front facing image looked zoomed in and moved to the left and down, causing for instance a selfie to look not centered at all. I even restored the iOS and swapped in my OEM display to make sure. Now the flex cable which plugs into the top left group just has excess cable left over when installing it. Like I said there's just slack in it. When I lift the display off, the white blotch disappears.

Since you've done many repairs, any tips you can give me to help me out? Or would other things cause the gap and white blotch? Thank you!

I normally just take the home button cable from the old screen and fit it to the new screen, back plate and all, and the same with the prox sensor/selfie cam. As for the camera not being straight is it possible that after assembly the camera is able to move under the holding plate? I usually see this if the screws aren't in far enough or if the holing plate isn't seated right on the ear piece speaker.

I may try to swap the back plate from the OEM into the replacement. That spot is really annoying. But I'm not sure, the replacement was a full display assembly so I didn't have to swap anything over. I took it apart and tried recentering by hand but it didn't fix anything. Besides, that display is already on its way back to iFixit as an RMA.

I'd take all the parts from the original screen and use those if they are in working order.

Kristof Ferenczi, Report your issues to ifixit sales, they do not make the part and may be able to investigate and contact the supplier if deemed an issue. Good luck. Link below to ifixit customer support.

Thank you I'll do it!

Kristof Ferenczi, Thanks for the reply, Good luck with your repair.