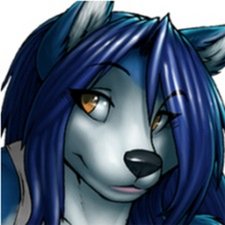 Is my Playstation Pro PSU dead?

So i had an issue with my system a day or so ago where it would not turn on for more than a second (the blue light would go up really quick) then shut off. I tried all the troubleshooting steps and made a service request because it felt like a bad PSU.

So a day or so passes and I wanted to try one last thing since I heard it worked on someone else's system. So I took compressed air and sprayed the back of the Pro and tried again to turn it on; to my surprised it worked.

So what my question is, what could have happened? Why would just a few burst of air get it working again?

To also note, I tested it for two days with a bunch of games and its been ok, but I am not comfortable with it.

if it really bothers you, blow it out a bit more and try to remember to check the vents more often for dust. if theres dust on the vents, there's dust inside got to make sure to keep it clean.

dust is a huge contributor to overheating and premature damage to electronics. its usually good practice to blow out your vented electronics every few months.

dust, or maybe some particulate got in the PS4 and shorted something out and instead of burning something up the Power supply kept tripping off to protect the unit. so odds are you blew the air in there and it cleared the problem up. lucky you!

I can confirm that dirt on the board can cause this problem along with a Bad power supply, Bad Motherboard and a Broken Solder Ball on the APU. I've had a similar situation that I recently fixed where a lizard went into the electrical socket that my ps4 was plugged in and fried my power supply. For 2 months I was searching for answer frantically and sceptically and finally decided to fix it. My advice is to purchase a dust cover. When not in use. Use it to cover the ps4 to prevent moisture and dust from getting inside.

My sons ps4 was making loud fan noise so his friend and he took it apart and blew it out real good. In doing this they saw the PSU had corrosion on it and is planning to replace it. Is this necessary and what exactly is its purpose?

The power supply is what regulated the power through the PS4. If there's any corrosion on it, replace it.