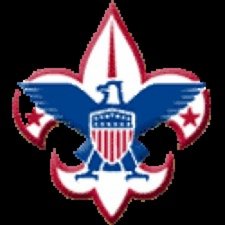 Can I retrofit install a PCIe blade SSD into my old MacBook Pro?

I would like to upgrade my current hard drive in my late-2011 MBP, but I don't want to spend money on a 2.5" drive that will soon be as obsolete as the computer. I would much rather spend money on a SSD that will be compatible with the 2016 MacBook Pro so I can keep using it if (once) I upgrade next year.

Because the blade is so much thinner than the 2.5" drive, I was wondering if there was an adapter that would allow me to install the blade SSD into the space where the 2.5" drive used to be. Pictures make it seem as though they might be comparable in length, though the Pcle might be a bit longer, which would ruin everything.

This will convert it to a 2.5" Laptop SATA drive.

The MacBook Pro doesn't normally take mini PCLe. I'm not sure if it is compatible at all. Regardless, I can't find a 1TB mini PCLe.

talon2012, you didn't specify 1tb. 500gb - 512 likely is largest size in miniPCIe. Also, it's going to even out anyway. The prices will drop and it won't be worth it that you spend extra now.

Apple uses a custom interface for their blade SSD's. So far they have four different physical interfaces some which emulate SATA signaling and the newest versions use PCIe x2, x4 and we suspect the newest is a x8 interface which uses NVM Express dialog.

Apple is moving to still a newer interface on the newest MacBook Pro 13" function key model, and the Touch Bar models don't have a replaceable SSD at all! So while it would be nice to buy a SSD which could be reused in a newer model its unlikely going to happen within Apples MacBook Pro systems.

I think your best bet while counterintuitive it to stick with the 2.5" SATA drive. Here you can reuse the drive at an external drive using a case or part of an external RAID drive setup.