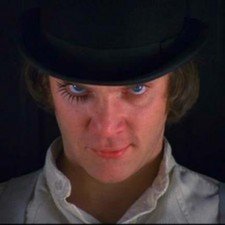 Did I get used or refurbished console?

I've bought a brand new PS 4 Pro. Decided to install a new HDD. When I removed original HDD I saw a scratch (you can see it on the pic) at the HDD bay (not at HDD itslef). Now I doubt that the console is brand new one.

Also i mentioned the same scratch at the same place at the photos ifixit made during the teardown.

How do you think did I buy refurbished or used console or this scratch is just the сonsequences of the production process?

It probably happened during production if you bought it from a good source. I have come across MacBooks where a few times they have strange issues, yet they have never been opened before. For example, had a few Retinas where the wifi antenna under the hinge cover had a wonky screw a few times. Also had a lot of Airs where the factory didn't remove the blue backing to the adhesive for the silver bezel around the screen or the camera cable in the lid.

Mistakes during manufacturing happen, a lot of companies are not that bothered if it is not a device encouraged to be self serviced, since they see it as "the user will never notice this" and it is not visible during normal usage of the device.