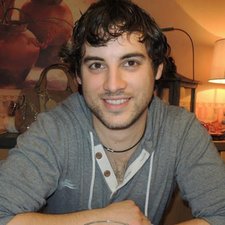 Because my phone wasn't charging, I had to replace the whole buttom part (including the mic). Afterwards the charging worked again and I did a full reset so I could sell it...

However it turns out the the mic is not working propely as the one calling with my phone is very difficult to understand as if standing meters away from the phone. However WhatsApp calls und voice messages work without any problems.

I read that it might be a softwear problem and that resetting the phone multiple times did resolve the issue for a lot of other people. However it did nothing to solve my propblem. Also a possibility was that "noise cancellation" was cutting part of the voice out, but deactivating it didn't solve anything either.

Do you guys have any idea what the problem could be and how to fix it?

I thank you in advance.

Thanks for the comment, but I did it already and in any case the mic ist working just fine for other Apps, just not for normal phone calls :-(

You have a defective bottom microphone which is together with the charging port dock ribbon flex cable assembly. I suggest replacing it again and hope that you get one that has a working main mic.

Thanks for the answer, but isn't WhatsApp using the same Mic? Because as mentionned above WhatsApp does work without any problems.

No. Did you make sure to remove the protector seal on the microphone if it has one for the charging port and align it into place with the plastic bit that is held with a screw and has small grey foam on it?

Thanks for the reply. Unfortunately I haven't got the phone here, but as soon as I get it I will make sure to check these things and come back you.

@benjamen50 best me to it: if the sound is very low / muffled, either you forgot to remove the protective film that sometimes is stuck on the mic, or did not insert the mic properly in place. Or something is clogging the passageway (fancy word for mic hole). Or the part you used is altogether bad.

I'd start by re-examining the installed cable to rule out bad install.

I just checked the install and couldn't find anything out of the ordinary. The passageway seemed free, no protective foil left on the mic... I think I might have get a new piece...

You need to replace the Bottom mic of your phone because you said awhile ago that youve already cleaned it mic is connected in your charging port maybe you bought a non working mic you need to replace it with new port :)