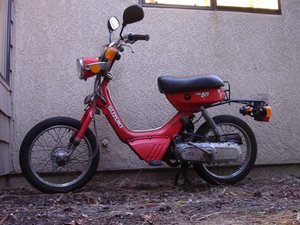 Repair and troubleshooting information for the Suzuki FA50 Moped. 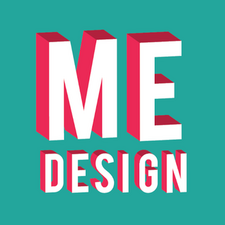 Gas Gauge on tank is leaking underneath

I have 2 1980 Suzuki FA50s and they are both leaking gas BADLY. The leak always stops at a certain point and leaves a small amount of gas in the tank. I decided to pull the tank out to have a look and here's what I found.

The gas gauge, which seems to only exist on the tank in the 1980 models, is leaking from underneath. I don't see any screws or anything that tighten it in place. I shook the small amount of gas around that was inside and saw it leak pretty heavily around the seal on the bottom of the gauge. What can I do to reinforce that seal around the gauge itself?

Any information is greatly appreciated.

Michael Edwards post some images of what you are looking at. Use this guide Ajout d'images à une question existante for that. It is possible that your gauge may be leaking which might require a replacement or that the thread is leaking which you might fix with some silicon tape. Let s see what's going on...

Thanks everyone for your replies. After a lot of research, I found the most economical solution. I used QuikSteel Plastic Tank sealant. I cleaned the surface around the gauge really well using vinegar and an old rag. Next, I proceeded to spread the sealant around the entire perimeter of the gauge, leaving the gauge itself open and still able to be read. I have two of these 1980 Suzuki FA50's and neither are dripping a single drop at this point after both of them having the same leak issue. Really happy with the QuikSteel and for $10, it was an inexpensive fix.

Not surprised that the 1980 was the only model to have the gauge on the gas tank. My guess is that they had a lot of issues with this and decided to remove it. As for now, we're all good. If anything changes, I'll update.