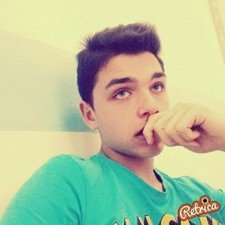 Is it possible to build an iPhone X buyng all the parts on internet?

Hi everyone, i want to know if is possible buil an iPhone X from zero!

Can i buy all the parts and assembly it at home??

I want to build one for my birthday ♥️

I love Jack's tenacity on building his own iPhone (your URL link)! You need to look a bit deeper on how he did this and the amount of time and effort it took!

First, Jack is a traveler going back and forth to China and has nothing to do when he's cooped up in the hotel or where ever he is staying. Being a foreigner in a strange land while fun during the day can be very boring at night and the weekends China is one of those places that has limited venues for non-chinese if you can't speak mandarin fluently and are not escorted by a native. I know as I spent a fair amount of time there. 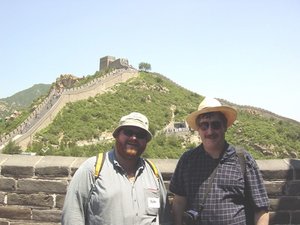 The costs of his travels and tool costs are not included in what he quotes. So did he save any money sadly No. But! He did have a fun time doing it!

Unless you have the means and the time to spend in China it just isn't going to happen today. In a few years when broken units are floating around maybe! But even still its going to take a lot of effort and failed attempts. Will it be cheaper I doubt it!

The X isn't even out yet!

Also, people see these BOM costs and assume they can build it for that price. This is what it costs the manufacturer, when they order enough parts for producing 10's if not 100's of millions of devices. And even then, those are estimates from non-affiliated teardown sites.

@refectio now it is! I've only seen 4 people that own one. pretty cool

The production cost of iPhone X is about 400€, but when you buy it online, it will at lease 600€, also I don't think you can buy all parts online now.

https://youtu.be/leFuF-zoVzA <- This guy has made his own iPhone 7 buing all the parts in china. There is a website where i can find everything i need without travelling to China?

That's a cool video but keep in mind he made an iPhone 6S, not an iPhone 7. That said, today you could easily replicate his adventure for an iPhone 7.

He also had to fight through a few bad parts as well.

It’s not just the parts going out the back door here, there are a lot of dumpster diving of failed parts that people are trying to sell as good!

It is a long time until you can buy all iPhone X parts, maybe you can buy several broken iPhone X, but it will cost you too much.

Apple doesn't rely on generic components, preferring instead to custom design their battery chemistry, security features, like cameras & sensors, displays, etc. Apple has no interest in allowing 3rd parties to build clones. Making your own iPhone would require finding suppliers that Apple doesn't make public to avoid spies getting an advantage on production. Many parts might only be sourced as used components. While not impossible, you have to be or have access to the Apple authorized repair center software which bonds some of the Apple iPhone components to an individual unit.

even if you find a working logic board after months it ll be pretty expensive so you wont save anything..definitely a nope for iphone x

this is gonna be hard to do as apple is supposedly having issues getting some of the parts in the quantities they need.... but its fun for us tech geeks to think about . the two vids that jack did about building an iPhone and putting a headphone jack on his 7 are delightful .

Probably not, as the motherboard might not work with some components (iPhone 7 home button issue) you could still try it though. Also, the parts will be very hard to find, as the phone just came out.

What you saw on the internet was a rough estimation of the bill of materials. That per unit cost would apply only if you are buying in bulk. Bulk=prob a few million units.

Apple does not sell repair units.

Apple does not sell iOS to non Apple manufactured devices.

So don't waste your time. Earn your bucks and buy a new one. Or wait for a few months and buy a second hand one.

If you are really desperate to build, I suggest you wait for a few weeks for somebody to crack their iPhone X. Buy it and fix it. You can start there.

Later on, when you become a Steve jobs you may build your own device.

Whilst the cost to apple of the parts may be less than the cost of the phone, and it is, otherwise they wouldn't make profit, now, would they(?), the cost of all the parts individually of a device will always cost more than the completed device. This is how the entire repair industry works, from phones to dishwashers to cars. If you want ALL the parts of a device, the cheapest way of getting them all is simply buying the device.

Mobile devices - phones, tablets, and laptops - are physically hard to assemble just due to the small form factors involved and the special tools needed. If it's a newly designed/patented device, especially by a proprietary company like Apple, spare parts on the open market will be hard to come by. The so-called "hackintosh", where mix-and-match PC parts are used to make a computer which can run MacOS, has been around for some time, but once the hardware is assembled which can run an existing version of Apple's OS, it often happens that a patch or system software/firmware released by Apple will cripple your hackintosh creation. It's consequently rather an expensive, time consuming hobby. You might actually save a little on hardware costs, but once you factor in the hours of time needed to construct and maintain a functional, up-to-date computer which will run a current MacOS release, the little saved on part acquisition is much outweighed by the labor outlay. Apple phones and tablet hardware upgrades, along with iOS updates, occur so frequently as to make assembly of a "hackinphone" a losing proposition. As Dan mentioned above, do you really have the time, money, and language skills to go to Asia to chase down parts?

technically speaking, it is entirely possible to do so, now comes the fiscal part, there is most likely No to Very Little Margin to be saved that way, if any at all.

The Face ID will not work if you build them with other parts, the infrared camera, dot projector and flood illuminator are tied to the motherboard. Any one of them don't match to the motherboard will lead to the Face ID not work. Watch our Face ID replace hardware test video here:https://youtu.be/PV7JMZzzBOI

But be carefull with chinese! They may scam you.

Have a good time!

Someone on Youtube actually did this. Look up the channel Strange Parts. He’s an American who lives in China and regularly video blogs on his channel about all things concerning electronics. He built his own iPhone from buying spare parts from the electronics market in Shenzhen, China. He was also a former Google engineer I believe.