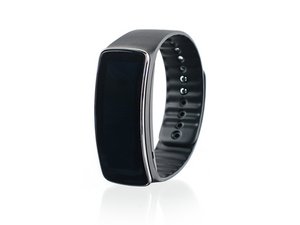 Why is the power button stuck in it's reasses?

The power button is stuck in it's reassess. Searched on line for other users with same problem. I was on a flight back to England yesterday and that's when the fault appeared. Other users have had same problem after a flight. They warmed theirs up with a heat pack so going to try that. Any other suggestions