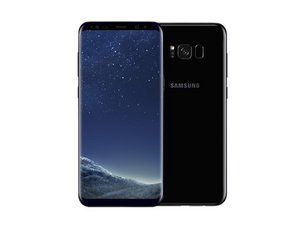 Phone wont charge or turn on

I received a samsung s8 edge for my birthday (Dec 22) and it was working fine until the 23 when i woke up in the morning i tried to turn it on and it wouldn't...i tried charging it assuming it was dead and it would not charge and still hasn't turned on...how can i fix this problem.

Hold Bixby Button, Power Button, and Volume Down. This should trigger ODIN/Download Mode. If it works, just press Volume Down to restart the phone.

The other option is Volume Up, Bixby, and Power Button.

If it does not power on, then there is an issue with the unit and I would seek warranty replacement.

i did this and accidentally restarted it, now the bixby options doesnt even work anymore and it wont turn on

@chantalphillips that is a new phone. You do not want to void any warranty etc. Take it to wherever you got it from and have them take a look at it. It could be as simple as a cable or the charger to as complicated as a bad circuit board.

Thanks for the smart advice Chantal. Make use of the warranty.

Your device can be sent to an authorized Samsung repair shop where they can do and OCTA replacement while in-warranty or a battery replacement to resolve the issue.

If both options fail, reaching out to Samsung for a repair or a product exchange will be the options suggested to you.

Nothing should cost you if you are in-warranty.

My Samsung S8+ refused to turn on after charging @ 2 years and 3 months old.

Tried all the re-boot options unsuccessfully, then took it to Samsung - same.

They recommended I try to backup my data via an independent tech (they recommended) and then they would send it for replacement of any internal parts necessary - “at no cost” ( even though this happened just outside my warranty). BUT I had to pay them to replace the back of my phone which had some very minor damage. This would take Samsung 2 or 3 days.

Cost of tech to try to salvage my data = $400 (I decided not to even though I would be without all my calendar meetings and appointments and historical information and audio recordings which I actually needed). Plus this would take a few weeks to do - so even longer without a phone.

Actual cost of Samsung to replace the inside of my faulty phone (regardless of how many components need replacement) = $240 (but that’s just to replace the back which would have cost me $150 elsewhere). So not really “at no cost”.

If I go ahead I’m out of pocket $640 and I have no guarantee Samsung will use new genuine parts (apparently Samsung can use refurbished components). Also, Samsung will give me just 3 months warranty on their work and their parts. Sounds like they may just be using those ‘refurbished components” actually, otherwise why not offer your loyal customers even a year’s warranty if the parts are new and if you do value the Samsung name and reputation.

Not a great outcome for me or for Samsung considering I’ve bought a number of Samsung phones (one after the other) as have my family members - up until now. And this includes the time after Samsung had exploding battery issues (one after the other) then a folding phone that wasn’t thought out too well. Now Samsung are hoping to keep the faulty S8 and S8+ “black screen of death” and failure to charge issues quiet - even in this era of information sharing through technology.