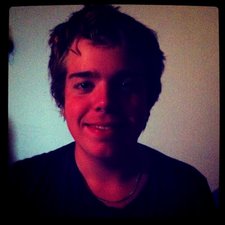 I have for a while had some issues with my Macbook Pro (A1398, EMC 2674), it rarely wants to charge. When i plug the magsafe connector in i don't get a light. Under system information it says:

My first thought was that the charger was broken, so i tried 2 different Macbook Pro chargers, and they don't work either. Then i went searching on google for possible issues, and decided to change the DC-Board to a new one, and it still won't charge sometimes.

Review this Apple T/N to inspect your charger and within it there's a link to a second T/N that will guide you to a new charger. Be careful! As there are quite a few knockoff's that would hurt your system! While it's likely to cost more I would only get the real one directly from Apple: Apple Portables: Troubleshooting MagSafe adapters

I would recommend you get this great little app: CoconutBattery. It will allow you to see the health and number of recharge cycles your battery has had as you still may need a new battery here. Paste a screenshot of the main window of the app here for us to see Ajout d'images à une question existante

Sporadic charging are difficult problems to diagnose. Did you get your system wet or have a spill of something into the keyboard or trackpad areas? Or, sit the system down on a wet surface? Liquid damage is a common issue with many that have this type of problem.

Well your battery is getting long in the tooth with 720 recharge cycles.

You tend to run your system hard as this is a lot of cycles in its lifetime thats about 130 cycles per year! Keep in mind these are when you fully discharge the battery (less than 10%) that the system needs to do a full recharge.

Time for a new battery!

As i've written in my question, i have already tried other chargers and already replaced the Magsafe DC-Board in my laptop, this has not helped.

Thomas, You're to quick I was still writing!

I have some answers pre-written which I was compiling together ;-} Re-read what I wrote.

Sorry, i don't believe i have spilled anything on it or placed it in something wet, i have had the macbook open and looked inside, nothing seems to have gotten moisture. I have also added a picture from CoconutBattery.

Thank you for your time.

Thank you for updating your answer, yes the battery is getting pretty old. So the battery is at fault with the Magsafe not charging? There isn't even any light in the magsafe when i connect it. And it's not even getting power from the wall, it's as if something is not allowing the magsafe to connect. I just really want to be sure to as if it is the logic board or the battery that is at fault before i go and purchase new parts. Thank you again!

Then it sounds like your MagSafe charger is bad as well here.

@Thomas, any progress on narrowing down what on the logic board it could be? Got the same issue on same model!

Because my fans spin normal but macbook only turns on randomly (it seems to get worse) even only running on battery with no charger plugged in, I suspect a GPU or CPU issue and try refluxing those two after the new battery is installed next week.

@cmuede - I would hold off refluxing things as you're more likely to make things worse!

There is a bit of circuitry which controls the charging of the battery something within it needs attention. You'll need to find the schematics and using a DVM do some testing of the logic board. For most people is is beyond their skills and besides you'll need to find the needed parts and have the micro-soldering skills to solder the new parts in.