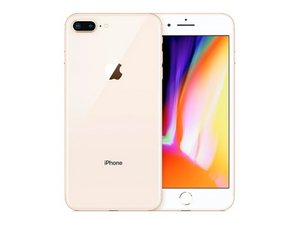 Upgraded to iOS11, now the screen is unresponsive& now wont turn off

My phone is essentially bricked. The screen is completely unresponsive. I tried to hold down the power button and home button to reset, and that does nothing as well. Anyone aware of work around?

@slstern13 , Apple is at it again, releasing updates that cause what we call "after market" replacement iPhone screens to stop responding to touch.

They did it before with a previous iOS update, and following public outcry, they consequently patched it. Now they are doing it again with iOS version 11.3.

The short answer: Apple does not sell original parts to us third party shops.

We use aftermarket screens if the customer does not or cannot afford the OEM parts.

We use OEM screens whenever possible. If your screen was OEM (100% original LCD+touch and flat cable without touch IC), it would have worked still regardless of this update.

We would like to use 100% original parts made by Apple but Apple wants to maximize their profits by monopolizing the repair of their millions of devices in circulation; but Apple does not have the mechanism in place to cope with the demand since they cover only a few countries/regions AND wherever they are present, they are not equipped to handle the large volumes, thus leading to major delays and wasted time to have your device repaired.

One way for them to monopolize repair is to restrict the availability of parts such as screens to their own stores exclusively. And increasingly they are releasing updates that brick your phone or disable some functions when they are not performing the repair themselves regardless if you are using even 100% original such as parts pulled from other devices. More on this below if you have time for the long answer.

The long answer aka the rant:

What are screens or screen assemblies? Screen are a set of components broadly comprising:

- An outer glass, attached to a frame;

What are "aftermarket screens?" They are basically replacement screens not assembled by Apple. They are made from "compatible" parts that can be of varying build quality, and can be assembled properly or cheaply.

What are "OEM screens?" Those are screens that are made from mostly Apple genuine parts. They can be for example pulled from devices, they can be original screens refurbished by third party companies (also of varying qualities but usually they are good quality).

Apple does not sell original screens to anyone so third party repair shops cannot buy them and repair your phone with them. At the date I am typing this, you can only get a 100% Apple original screen installed on your phone by visiting an Apple Store. Some Apple Authorized Service Providers are doing pilot programs and starting to offer screen repairs it seems. More likely they are shipping them to Apple in most cases.

Then again, a lot of people don't live near an Apple Store. Millions of iPhone owners don't have an Apple Store in their countries. Some of those who do have an Apple Store nearby don't want to waste days waiting for an Apple Store appointment, waste hours waiting for their turn in an Apple Store, to be sometimes told that because they have a [insert inane reason here] issue with their phone, such as slightly bent frame, Apple will not fix the screen but wants to hand them a full replacement at $330-$450 instead of the usual $130-$160 cost. Third party fixers can repair the frame then replace the screens in most cases.

So many people head to third party repair shops, often without needing an appointment, to have their screens replaced in 30 minutes while they wait.

The third party repair shops use OEM screens, or aftermarket screens of varying quality. You can ask them what they use, what they recommend, and you can certainly check their reviews to see what people are saying about their services.

Aftermarket screens are not necessarily bad parts though. They are a cheaper alternative compared to OEM, but sometimes they carry a higher risk of bricking due to Apple hitting them with those sneaky updates; and of course carry a higher risk of failure from drops/usage and may need to be reworked by the shop which installed them for you. Reputed shops will warranty them regardless if OEM or aftermarket; though OEM may benefit from longer warranty periods.

What is infuriating about Apple's sneaky approach is that they readily take your money wherever you are in the world, but do not inform you before hand that soon in the future they will release updates that will brick your devices if meanwhile you had them repaired at a third party shop. No matter that you don't have an Apple Store anywhere near.

Moreover, even if you pull a 100% original part from another iPhone, starting with iPhone 8 and newer, some functions will be lost if Apple themselves did not do the repair. Example: the ambient light sensor in the iPhone 8 and iPhone X or your Mac screens will fail if you use parts not "paired" with your device; either because the part is not 100% original, or because the part is original but not installed by them (of course at a hefty fee). In other words, if you own two iPhone 8's, for some reason brick the first one, and later break the screen on the second one: you cannot transfer the screen from your bricked 100% genuine Apple iPhone 8 without loosing ambient light function. There is no reason you shouldn't be able to. No security concern, or safety or legal concern that I can think of. After all, you are using a 100% genuine part, pulled from a 100% genuine device, bought by 100% legitimate means from a 100% legitimate source such as the Apple Store, and paid 100% in full. Yet you cannot even use it for parts to fix your other iPhone 8 and have it 100% functional. And you are never informed of this limitation when you are buying an Apple device. You only find out later when you need to service it but don't have access to an Apple Store, or time to go to one, or budget for their uncompetitive repair prices.

Additional note: when you see cheap screens on Amazon and eBay and Aliexpress, they are mostly the cheapest type of aftermarket screens that can have a lot of issues and fail very soon, sometimes even cause the board of your phone to fail. Those are not usually used by third party repair shops that respect themselves, their trade, and their customers.

I agree for the most part but if you get an original screen refurbish everything is all original but the polarizer and glass and non of those parts will effect the function of the phone.

@irepairlab you are almost right. iPhone X and iPhone 8 screens and front camera cables cannot be replaced without losing auto-brightness. The screens and cables and board have been tied together by Apple. The only way to retain auto-brightness is to refurbish and re-install the same screen that originally came with the iPhone 8/X.

this is most likely due to a cheap after market screen try a original screen on it. also with the new ios update a lot of people are having issues with the phones even with original screens this effects the 8 8plus and X but me myself have not had any issues yet.

This is a known issue that has just popped up after updating to the latest IOS. There is a lot of information being put together but unfortunately at this time unless you have the original screen ythe obnly way to get your iPhone working is to pay for apple to replace the screen.

This is not the repairers fault this is Apple doing what they have done in the past.