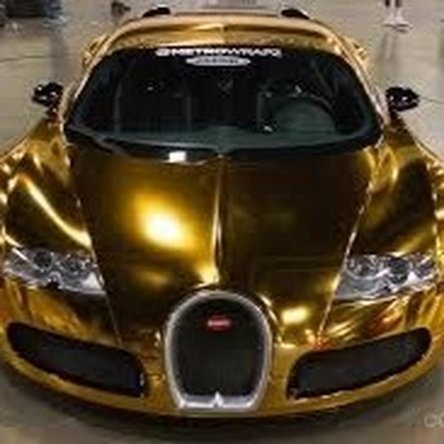 Xbox turns off while playing games

I have an xbox one with a ortz 3rd party power supply. It works well with Netflix and YouTube, but if I play a game such as gta5 or fortnite, the xbox has a tendency to just shut completely off instantly in the menus or even in the middle of a game. When it turns off, the power supply light turns red and stays red. Anybody got any ideas?

Did you resolve your problem in the end? I have the relative same problem. Console and brick just cut out mid game. 5 minutes top. Then I have to mess about trying to get the bricks light back on!

I've had the very same issue with my xbox, I also thought it was the power supply and I changed the psu and it still bombed out under games load. I then rigged up my xbox to a 600w pc psu that pushes 25a on the 12v rail and still it crashed under game load, after alot of stripping down and testing i quickly learnt the issue was indeed the thermal paste on the chip. The OG thermal pastes application was so poor, it was caked all around the outside and minimal paste on the chip itself, after cleaning it all up and rethermal pasting.... it's working 100% and I'm still using the 600w pc psu as my main power supply the OG Xbox power brick is junk.

I'm in a similar boat but with my Xbox One X, it shuts down after i load a game up, once i start the match in lobby it will shut down but i can watch videos on youtube all day. I replaced the thermal grease and power cable and had the power supply and everything else tested with no results or answers. I also removed all dust. i have been hearing and reading it could be a Hardware/Software issue on Microsoft end. I can't play any games. Also were any of you on YouTube before they noticed this issue.

I just got my xbox one s on August 26 and I got it all set up and downloaded 3 games, they r all gta v, fortnite, and jalopy. Whenever I play any of those games my headset sounds like a buzzing noise then my xbox turns off and I'm confused

I have the relative same problem? Did you resolve your problem in the end?

The issue I believe is caused either by the power supply or cooling fan. I say the power supply because you mentioned that it is 3rd party. Unless you order it from a trusted company like iFixit, Fixez, or GoKrazyWireless, you could be getting a cheap alternative with fake promises and cheap parts used to make it. Similar to a cheap iPhone battery, it would make your phone run worse than it was with the old battery. So make sure the battery you are getting is authentic or OEM. If your battery is OEM, then I believe that it is the cooling fan. Throughout the use of your console, the fan will collect dust, and sometimes get to the point of so much dust that your console will overheat. I would recommend finding a video or another online tutorial of how to clean out dust from your Xbox. I am personally leaning more towards this being the issue because you said YouTube runs fine, but games cause the issue. If you listen, YouTube wont cause the fans to turn on because it doesnt require much system resources. Games like GTA and such use a lot more resources and can cause the fans to go into overdrive, especially if there is a lot of dust, heating up the console and causing it to shut off due to overheating.

Hi please help. Let's hope you still answer back still from this question forum thing? Ok my xbox one will let me use Netflix YouTube some simple games dlcs only for a certain amount of time *live lock lasts quite a while but also shuts down. Every time it cuts out it shuts down the brick so I have to fudge about with it blowing and tapping it then plugging and unplugging the dc cable into the brick until eventually the orange power light comes back on. I can then (basically) rinse and repeat the whole thing again. Is this a brick or xbox or both issue because I am stumped. Rsvp

Yeah sorry my console shuts down just cuts right out if I try playing games like destiny 2 or apex etc but stays on for basic operating n apps etc . All power just goes. My console is clean clear. Don't get that hot fans work ok . Same with power brick too . The whole trying to get it back online working puzzles me?

Hey, I don't think it would be the actual cable, but you can try it, cables usually run <$10, so just buy one and try it. Honestly though, I would still believe it is the power supply. Does it get hot or just shut off randomly? May need to buy another and see if it works better. If nothing changes even after another power supply replacement, could be an issue with the console itself, but that is unlikely.

it was the power supply for mine. since i couldn’t find a new one i got a used one off ebay for $20. hope this helps!

I'm having the same problem. Console/power brick shuts down immediately after launching any game from home menu. Reseting the power brick only works to turn the Console back on but soon as I try to launch the game off it goes again. I'm frustrated ?