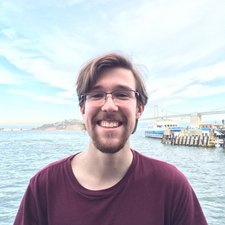 My sister's laptop suddenly lost responsiveness with the keyboard one day - the keys didn't do anything anymore. The mouse was still active though, so I let her use an external USB keyboard until I could figure out what was going on. She gave me the laptop to fix today, and now I can't get it to boot. Sometimes the MagSafe light turns on, but most of the time it doesn't, and pressing the power button doesn't get any response out of it. I tried reseating the RAM, but that didn't work.

I managed to back up the hard drive before it died, but my sister really needs this computer (or a quick replacement), since it is her only computer. Just from the symptoms I would guess it's logic board failure, but I'm really hoping it's something I can fix.

As soon as my own laptop finishes backing up, I'm going to attempt swapping hard drives and see if that does anything (though I highly doubt it).

What can I try?

UPDATE After swapping out the hard drives, I was able to boot her hard drive in my machine. I'm doing a disk repair right now, might try the keyboard swap later.

Remove the battery and unplug it, then press the power button for five seconds. Are both Macs the same model? If so you can test her keyboard on your machine.

Try your MagSafe on her machine and hers on yours. This really sounds like a liquid spill case. Look at her magsafe port and inspect for corrosion. Check her battery for swelling. If the external keyboard is working, reseat the keyboard to logic board connector. Of course you can try repairing her hard drive with Disk Utilities while in Target mode if you can get hers up. Has her hard drive died now? Do you have access to an external enclosure to test her drive in?

I think we have the same model, they're both C2D machines at 2.4 GHz. And they have the same model number. My sister claims there have been no liquid spills. I'm attempting the hard drive swap now, will post the results of that when I get them.

How hard is the keyboard replacement? I'd like to try that but I have quite a busy weekend ahead of me... on the other hand, this computer is essential, so I'll do what I can to fix it.

On replacing the keyboard, a lot is dependent on your Mac repair skills. I could completely switch them in 30 minutes. so maybe give it an hour.

Success! It has booted with my keyboard on her machine! And the keyboard seems to be working fine! I'm now going to install her keyboard on my machine, just so that I can test to see if maybe it was just a loose connection, but otherwise I think we solved the problem!!!!

With the keyboard going out, and the now the power button being intermittent, I think your upper case has gone bad. It should probably be replaced.

I ordered a replacement upper case/keyboard that just arrived today, After installing it I followed mayer's advice and Remove the battery and unplug it, then press the power button for five seconds.

Then after putting the battery back in pressed the power button and it works perfectly fine now. I guess the keyboard chip suddenly died, It is a used MacBook that I bought a few weeks ago.