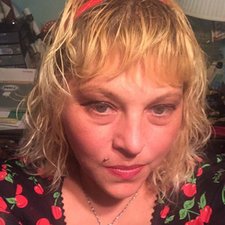 My battery won’t charge after I bought a new charger.. it just turns a light green but nothing happens. Anyone have an idea of what the problem is??

A light green MagSafe LED is telling us the switching MOSFET on the logic board is leaking. This happens when a cheap knockoff charger was used damaging the logic board.

You still have an issue with the battery and charger. You’ll need to get a real Apple charger to replace yours. Lacking safety features, cheap MacBook chargers create big sparks & Counterfeit Macbook charger teardown: convincing outside but dangerous inside. You also want to use a good surge suppressor as well.

It sounds like it might be the logic-board (or i/o board) is having a failure or defect. But from my frequent apple visits and hearing other customers talk, if it was that, which to not freak you out but is a rather large component and larger problem than the battery. But it could be the battery maybe but I saw my dad’s computer where we tried that with a similar issue and ordered a battery but it wouldn’t hold a charge still (like i suspected but he couldn’t understand) But the logic board is where the CPU and other important things are on so it can be expensive. May I ask how old the device is? If you have applecare warranty I would use it immediately.