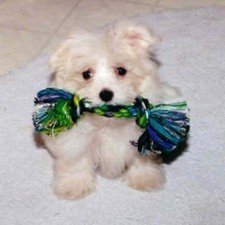 Where do Obsolete iMacs go?

So what does one do with a (actually 2) working, but obsolete iMac’s. Are they worth anything? Snow Leopard 10.6.8 on both. I never intended to actually use them, just wanted the experience of working on them.

I would gladly take the iMac off your hands, haha. I only would pay under $70 for it though. I collect older Macs and I'm always looking for additions to my collection ;)

Thanks, but no thanks. However, that's $20 more than I've been offered. (So far) I do appreciate your response though. (I Think?)

There’s always someone looking for older working systems for parts to keep other systems working. You’ll need to post an ad somewhere (just be careful you don’t go alone to meet up). This will get you the most cash.

Your other option is to trade it in for cash if you want a newer Apple product. Sadly, it won’t be much.

Lastly, you could donate them to a school or group which might still get some use out of them.

Thanks for you response. All things are being considered.

Yes, still a very useful system! Do fix it up to use. They way you wrote your question I thought you wanted to find a good home for your system.

Sorry Dan, my question was based on misinformation . I'm already maxed out on RAM, what specific "1TB SSHD" do you recommend. I'm currently running a 500GB Serial-ATA. What would I accomplish if I tried installing Sierra as it is?

Sure you can swap out your HD for a SSHD drive here's the IFIXIT guide to follow: Remplacement d'un disque dur dans l'iMac Intel 21,5" EMC 2308. You'll want a FireCuda 3.5" drive as you can see in the spec sheet 'SATA Transfer Rates Supported (Gb/s)' 3.0 Gb's is supported! It's one of the few drives you can get these days that support the slower I/O speed. You will also need this part OWC In-line Digital Thermal Sensor for iMac Late 2009 - Mid 2010 Hard Drive Upgrade as your system leveraged the internal thermal sensor of your current drive to replace that now missing sensor you'll use this sensor. Otherwise your systems heat management won't know how warn things are around the drive.

As for what MacOS to go to if you're not having any problems with what you have now then stick with it. MacOS Sierra does offer some nice features. It won't in its self offer much improvement it's the drive that will!

This is a faster RPM drive and as it's a SSHD which gives you a deep SSD cache so this improves boot up speed and can also improve app loading. It's a good 1/2 step Vs going to a SSD drive which offers more performance but at a much higher cost. Given the age of the system I would stick with the SSHD investment as a good one.

Are you kidding? I have one of these in the shop now, maxing out the RAM putting in a 1TB SSHD and installing Sierra. My customer should get at least five more years of good life out of this machine. This BS that corporate America and Apple has promoted that anything over six years old is obsolete is nothing but greed.

Thanks Mayer. You also responded to me earlier when I was tearing down and rebuilding the iMac 20/2.0. Thinking this will be another challenge, but one I think I'm up for. I've gone this far, why not? Your post is interesting in that the previous owner of this one tried to install High Sierra not knowing what he was doing and jammed it up to the point that he just unplugged it and "gifted" it to me, went to "The Store" and paid over $2000 for a new one the same day. Must be nice. Anyway, thanks again.

Got It ! Thanks again.

10.6 is only practical for legacy applications and hardware today. Unless you're still using PPC driver printers like the Epson NX230 as an example, just use Sierra.

Thanks for your comments Nick. Will be following your advice (when I get that far)

Depending on which “obsolete" version you have, they are far from obsolete. There are plenty of upgrades and many people prefer to use 10.6.8 for the programmes they have that aren't supported on newer iOS. I upgraded my 2009 macbook with ram/ssd and it's faster than our laptop bought last year.

If you dont want them sell them on eBay etc. I think iFixit used to buy some for the parts.

Thanks for your response. Maybe it's not as obsolete as I thought.

The Core 2 Duo series is obsolete for CPU and GPU intensive work, but not general usage. That said, these are still useful for basic tasks everyone does despite being so old. You are better off keeping it for a few more years until it is truly obsolete or breaks. Upgrade the memory and hard drive as well so you can further extend their remaining life. If you can afford it, 512GB SSD’s are becoming affordable enough they are no longer out of reach in terms of cost.

As far as an operating system goes, the problem with 10.6 is it began to lose application support when 10.8 came out (and made worse with 10.9), so the situation will be even worse today then it was for me as a 5 year holdout and you will require a more modern release of OS X. It’s really up to you how high you go, but you want to use something with modern application support.

The only downside to having an “obsolete” system is Apple will not service it. However, this is also a partially moot point because the price Apple quotes for repair tends to exceed the value of a used machine with similar specs. While you are on your own for repairs, these iMacs do not suffer from the upgrade problems all of the modern ones do. Even though it’s older (and will struggle in some use cases), it’s easily upgraded and you can easily work on it in terms of replacing most of the components.

I was able to get 5 years out of my T9550 MBP 17” Unibody (Early 2009) before it began to show it’s age and failed beyond economical repair. I kept it so long because that was the second to last 17” ever released - granted the 2011 17” exists but it’s got irreparable GPU issues. You’re stuck with the 2010 if you want a Core i series 17” these days and those are beginning to show their age as well.

I appreciate your response, and thinking seriously about going this route. I know I can do the work, but still studying up on the ins and outs of the mac os, and if I want to transition over from my PC/Windows.

You may be able to get software support, but hardware support goes out the window when it's considered obsolete.