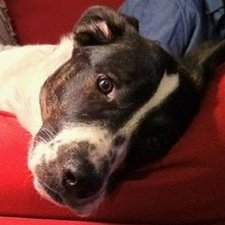 Update: Now my original screen is having the same issue, after i swapped it back. (The original screen worked perfectly but the anti-reflective coating was peeling off, hence the swap) So I’m worried I possibly damaged something on the motherboard or display port when swapping? I was pretty careful so I’m not sure what could have caused this to happen…

I just replaced the entire display on my Macbook Pro (Mid 2014) 15” Retina. It was taken from a working machine, according to the seller. I followed the instructions to replace, and it “works” but the bottom of the screen has uneven backlighting. Also, the entire screen doesn’t seem as bright as the original even at full-brightness setting. What could be the cause of this? A bad cable perhaps? I am attempting to return the display I purchased, but wondering if there’s anything else I can do in the meantime to try and get it to work properly. 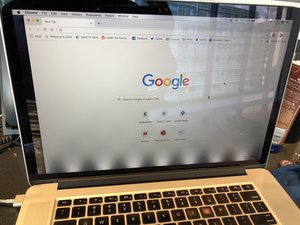 I can't exactly say this, but "Working" to sellers can mean many things and it could be if it just turns on and displays something.

Uh oh ... so, I put my original screen back on which was working perfectly (but had the anti-reflective coating coming off) - and now I'm having the same issue with my original screen! So now I am worried that maybe I damaged something on the motherboard or the display port. Is this possible?

Hard to tell if it’s a screen issue, it could easily be due to the backlight on the logic board or it may be a bad connector too, are you sure that the full circuitry on the board is working fine ? Original used screens very seldom show that kind of failure and refurbishers are usually pretty skillful in the job and very careful with testing to avoid hundreds dollars worth returns.

So when I put my original screen back on, which worked fine prior, now my ORIGINAL screen is showing the exact same issue. Is it possible I damaged something on the logic board and/or both the replacement and original cables during this swap? How else can I test this?

I know it’s an old post but I think I can help on this one for those who have this problem. Near of the LVDS connector there are 6 resistors in line called “led return” one to six. With the boardview file and the board schematic of your board check the value of these resistors. Could be one out of specs that’s causing the issue.