I realize the topic is old and there are other threads and repair guides, but I'm not seeing anything relative to my situation…please here me out !!

So I bought a Launch PS3 Fat model ( CECH-B01) and its jail broken (Rebug DEX). When I got it, I wasn't informed that the fan had to be manually turned on as soon as I power on the console. I powered it on and it ran for maybe 5-10 min and I assumed the fan was really quiet. After the 5-10 minutes of being powered on, it shut off by itself and blinked red and wouldn't power back on until I powered it off with the back switch. When I powered it back on, the light comes on green then flashes yellow three times then back to green, but only stayed powered on for 5 seconds. During those 5 seconds, the fan would attempt to turn on then stop and the console would power off. I repeated this 3 times before a friend of mine (who repairs PS3 consoles) told me it was an overheating. We took it apart and the thermal paste on the heatsinks was wet and not dry. We jumped the fan with a jumper wire to have the fan running on high constantly. He evened out the thermal paste and put heat on the motherboard attempting to reball any disconnected soldering. He put it back together and we powered it on. The fan kicked on in high gear and stays there (very loud) but stays powered on, only it still flashes yellow 3 times at power up but doesn't flash red when I power it off. None of my programs load up (froze black screen) except the saved PS3 MODDED GTA and CoD…everything else freezes on a black screen. When I put a game in the disc tray, as it loads the disc the system seems to slow down and lags for awhile but never actually loads a game. Messaged the guy I bought it from and he said all the programs need to be updated. System firmware is 4.82 and since I can't get into Rebug Toolbox I can't say what version its firmware is…there's also some accounts on the system that seem sketchy by the look of the names :

Can somebody please tell me what's going on here ?!?

…Refer to pictures for versions of these programs.

I really appreciate any future help…please enlighten me !!! 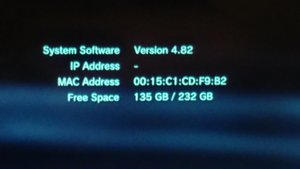 Unfortunately, I'm going to have to say you were ripped off. Very badly. The seller was probably a hacker who needed to get rid of evidence, so he dumped the evidence on you. Oh, and now the CPU is basically dead because the heat physically warped the silicon wafer in it.

You will have to make very costly repairs, and it may drain your wallet by at least $100.00. Fortunately, Ifixit sells tools you'll need. Since I'm writing this from my PS4, I won't be able to copy links, so bear with me here.

First things first, you can find YLoD repair kits here on Ifixit for $45. Get one of those. Next, buy a new fan, make sure it's the same type as the original. The new fan should spin without being aided. Finally, get a new hard drive. If I were you, I'd factory reset that console as well, who knows what sort of crimes against humanity the previous owner committed with it…

If you need help opening the console, check out Ifixit's guides and look for Ps3 teardowns.