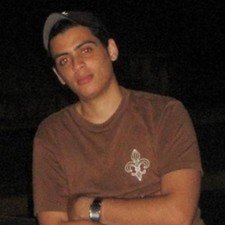 iPhone 7 Plus Restarting after screen replacement and stuck in 1%

I m going to try to explain everything as best as i can, this is the thing:

I have an iPhone 7 Plus that had a cracked screen and the battery was pretty bad (50% condition) so i bought an iPhone 7 Plus that had activation lock and decided to just swap my board to the locked one because it was in better condition (screen and housing) and then the problems started, the first thing i noticed was the battery charge was stuck in 1% and sometimes showed 100% and after 5-6 minutes the phone restarted, i restored the phone with itunes thinking that would fix the problem but it didnt, then i swapped the boards again to the old housing but it was still the same, i even tried with the old battery and still the same (restarting every 5 minutes and stuck in 1%)

So i took the phone to a repair shop and they told me that the phone had a bad Charge IC and they replaced it but it didnt solve the problem, i dont know to much about microsoldering or any of that stuff so i told them to keep looking for the problem, they had it for 2 weeks and told me they replaced almost every transitor, filter and even tried a few charge ICs but is still the same so they gave up and returned the phone to me as it was.

Can someone give an idea of what is happening with this iPhone or should i just give up.

Do a thorough visual inspection, preferably with magnification, of the area surrounding the battery connector. There are several tiny SMD components just around the connector. Of particular importance is R2201, highlighted in red. If it is missing (which can happen when you pry the connector off), then the battery state does not get communicated to the CPU and this can also cause charging issues and fluctuating readings. The other potential issue is that the actual connector is slightly damaged. The central pin is the one that communicates the battery state. When that pin has some wear, it may not make a strong electrical connection. 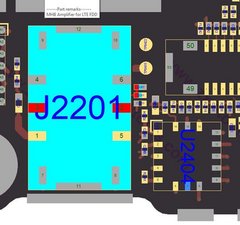 I would try another shop specialized in microsoldering and iPhone’s.

It is something that you did while switching housing. It could be a lot a things,Audio IC,Tristar or Tigris,Home Button.

What you need is a good and specialized microsoldering guy that will find the right component that need to be replaced.

Thank you for the reply, The guy at the shop told me he tried all that stuff (Tristar, Tigris, etc) and also all the other components are working fine when the iphone is on (Home button, camera, audio)

Here is 3uTools information, on the battery information says no charging but the iPhone is connected