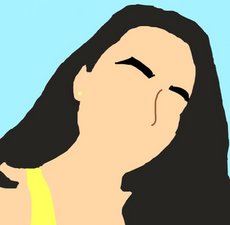 My Battery Percentage is Stuck at 100%

I had my iPhone 6 for about 1 and half year now and the problem I’m currently facing with my phone is the Battery Percentage.

I usually let my phone charge overnight. I know it’s not good to do that but I’ve been doing it for quite sometime now and my phone seems to be alright with it. Not until now.

The problem just happened today. Earlier, my phone was stuck with 100% even though I used it long enough to change its percent. After quite sometime it randomly turned off. I tried to press the power button but it said to have a zero battery. I charged it without using it. After an hour and a half I think, I just looked at my phone to see what percentage it was on because I’m off to somewhere and it saids to have a full battery. I was shock though. My phone charges up to 2 hours or so usually. I unplugged it to the cord and went out. I used my phone while I was out, for music, etc. but 2 hours later, it still says 100%. I got home and restarted my phone. Nothing still changed. Until it restarted again and saying that its on 0 percent. Charged it and see how the battery would react. It charges but once I unplugged it at 20% to see if it would decrease and still, nothing happened. It’s still stuck on 20%. I restarted my phone manually to see if it just a bug, but once it opens, it was on 100% again and I didn’t even charged it.

What do you think could be the problem and how could I solve it?