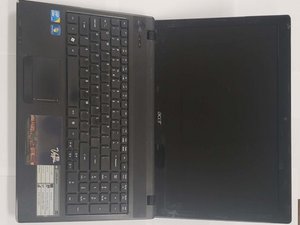 A laptop manufactured in Dec 2011 by Acer. 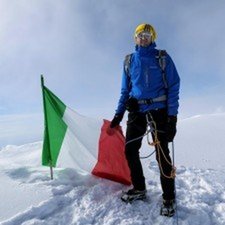 After opening up the computer it won't start anymore

I’ve opened up the laptop to clean the cooling fan, as the computer was rather often shutting down autonomously while in use. Every time it happened the chassis was very hot, so I supposed something was stuck in the fan.

I’m not that good in mechanical handling but I usually can help myself. I opened up to the mainboard, unlocked the keyboard and the top cover (around the keyboard) but did not unplug the ribbon cables, as I didn’t feel confident in reattaching them. I just disconnected the keyboard because I did it once, but not the touchpad and FCC board ones.

Put some air here and there, not much dust came out.

Packed everything back and now the computer doesn’t power on anymore. If I plug the power cord the led is lighting, but the computer won’t start.

I thought it would be the FCC ribbon, so I started fiddling with it as wasn’t going deep into it’s locking clip. Now I feel it’s in place, but still the computer won’t start. I tried removing the battery, pushing power for 30s, plugging it again but no luck.

I’m doing all these tests with the laptop partially assembled (only FCC ribbon, power and battery) because I don’t want to close it up just to reopen it minutes later. Does it light up in this condition? Or I need to close everything to test?

If it’s ok to try this way, how can I know if the FCC ribbon is damaged or it’s the FCC board (my best guess)?