About a month ago I cracked in the screen on my iPhone 3GS, I bought a new touch screen online and followed a You Tube guide at replacing it myself. This was my first error as when I was removing the LCD from the cracked screen I managed to damage it. I put it back in place and kept the new screen to one side. I reconnected the connectors 1, 2 and 3 and screwed the front back on. The phone turned on fine although because of the LCD damage I could only see half of the screen, it was however displaying the home page.

To prevent further damage I ordered a new screen and digitizer already fitted together so I could change it all in one piece, this seemed the most sensible option and pretty easy in comparison. Disconnected 1, 2 and 3 and then reconnected the new on to my phone. It all went back together fine but I turned it on and got the white back light with no picture. I plugged in the charger and it vibrated as though it were on but still didn't display a picture. I tried plugging in my old cracked screen but it was still displaying a white screen.

I have tried a hard reset (home and sleep mode buttons together) but it just turns the phone off and then there is a struggle to turn it on again, it only seems to turn on if it is being charged or connected to iTunes.

I have also tried the restore facility on iTunes and again no difference.

I have tried the original frame assembly and the other screen and digitizer but no difference.

Is it likely to be the picture feed from the phone unit or am I making that up...?

Either way is it wise to stop spending money on new LCD's and digitizers?!!!

the first thing to do is check you have the right part for the right phone. next I'd check you haven't damaged any pins on either the logic board or the flex. If your old screen works and the new one doesn't I'd try and get a refund from the seller. Usually the hard reset or checking connections works for this type of problem...when they don't you've got to assume the display unit is the fault. 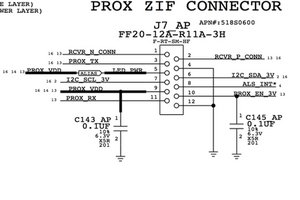 I've tried looking at the pins through a magnifying glass but they don't look damaged...

The old screen didn't work although i didn't test the reset with that fitted so that may well have. Unfortunately I can not try this now as the screen is in a few pieces.

First make sure you didnt damage connector number 3. You may need a microscope to tell. Very delicate. That is usually the white screen. If you want to clean the connectors 1 and 2 both on the board and on the connectors use a toothbrush with rubbing alcohol. Do so firmly but gently. Put it back together if all looks good and then you can try it again. Try to reset it hold power button then home button. Hold till you see an apple. Make sure it is charged leave on charger for a few hours.

If your connector 3 is broken or damage but you can the cable in there try some captains (heat resistance tape) to hold in place or get the Connector 3 replaced. Also you may have a bad screen. If you have friend that trust you you can try parts on their phone. Be careful if you damage your board your phone is good for about $10 worth of parts.

connector 3 is earpiece, connector 1 is LCD. Nat, it may be you have a faulty LCD, return it... you could try a friends LCD

Connector 3 is more then just an earpiece. it has eight connections all with varying functions. One of my last 3g repairs I replaced a cracked screen and then got no screen even though it worked before, replaced the LCD thinking it went bad when I took the shattered screen off. Lots of glass and dirt was in the phone. Then finally I replaced the frame too. It had gotten quite warped and lots of glass and dust in it. The frame is connector three. It then worked fine. So there are many reasons for a white screen and a bad connection is the most popular, including a bad screen. If you can return it that is worth trying or like I said the best way to diagnose the phone is use a working phone and swap out the screen assembly LCD and all in a working phone. Easy to do. If the screen works on the other phone then you have a problem with your Board or with the connectors.

just wondering if the original poster ever got this fixed?

i replaced the lcd on my 3gs and have the white screen and all the same symptoms. i've hard reset, recBooted, rechecked, cleaned, dis- and reassembled, disconnected motherboard from battery, everything. old (damaged) lcd also just shows white screen.