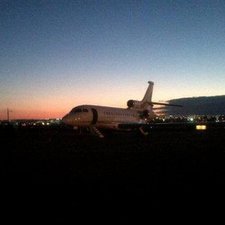 Are my iBook G4 parts worth anything?

I have an iBook G4, which is the best Mac built so far IMHO. The main board is failing, so I took it apart. Are the parts worth anything to anyone?

LCD screen/display, keyboard seems to be pretty popular for secondary market. if you want to take the time to do eBay or Craigslist, it's worth a try. I've purchased used upper case for the iBook G4 via eBay when the touch pad failed. so it's worth something.. whether it's worth your time is another matter...

Another good place to sell or buy is LEM swap. Use them often.

I'm sure they are. The best thing, all depending on where you live, is to either post them on eBay or Craigslist.

All the parts are saleable, though screens, drives, airport cards, top trackpads, keyboards are the biggest sellers, less so with the likes of modems and casings. Repairers, and those that just fancy a challenge also buy the broken logic boards.

If it's the late G4 14" then it uses a different screen to earlier G3/G4 models and carries a premium over other screens, usually fetches 30-40% more.

There is quite a lot of parts interchangeability between 12-inch G3 and G4 iBooks, and also between 14-inch models of the same laptops, especially hard drives, keyboards and LCD panels. But that's a broad generalization that you need to be careful about when selling parts.

The most important thing for you to do before you part out your iBook G4 is to ascertain exactly which model it is. The serial number is vitally important in doing this, as is the label Apple puts under the keyboard. Google Klantenservice, which is a German site that lets you put in a serial number and get the basic information.

The reason for knowing exactly which model your parts came from is that Apple made a lot of running changes, particularly in the last few iBook G4 models, in things like frames, aluminum shields, Airport cards, bluetooth, etc. Parts that will work in your model won't work in an earlier or a later one.

Then there are things that you seldom hear about, such as the fact that Apple used several LCD manufacturers for the G4 iBooks. One manufacturer, Chi Mei, used an LVDS cable that looks like the one used by the other manufacturers. But it will not work with another manufacturer's LCD, even though it will fit, because the wiring pattern is different. This changed, thankfully, with MacBooks. But for iBook owners with broken Chi Mei LCDs, it's important to know that they either need another Chi Mei LCD or they need to buy a different manufacturer's LCD *and* the LVDS cable that works with it. This means an easy LCD swap suddenly becomes an almost complete tear-down to replace the LVDS cable.

So when you advertise your iBook's parts, be careful to tell prospective buyers exactly which model the parts came from. Knowledgeable buyers will thank you, and you'll save yourself time answering questions.

Or you can sell the whole thing to places like mine. Not for a lot but if you don't want to spend a lot of time parting it out for a few extra bucks it may be worth it.

Looks like this is kind of an old question, but I thought I'd suggest the obvious, iFixit buys old computers, so using this page see how much you can get.