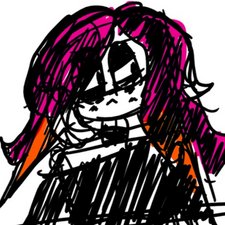 I bought used Apple Watch S2 (42mm), the guy said that there’s a problem with random Siri pop-ups. I thought the problem was with dirty Digital Crown, so I cleaned it (per Apple guide, with warm tap water). It helped for a while but the problem is still there. I get random/ghost DC clicks and presses that trigger Siri and open home screen. Rinsing DC under warm water seems to fix it for a few hours. There’s also a slight mark on DC as if the Watch was dropped onto something.

So, I want to fix this Watch. Replacing it via Apple is not an option since I got it for $50 and Apple asks for a whopping $500 to replace it. I just got another S2 42mm with a cracked screen to harvest all the parts I might need during repair process. I guess I’ll have to replace DC encoder cable, but I can’t find any guides (except for iFixit Teardown). My question is: what exactly do I need to replace to get rid of ghost clicks?

I have an Apple Watch Series 2, and I had a similar issue with ghost scrolling a while back. My Watch has some slight damage on the Crown as well. What worked very well for me was applying isopropyl alcohol around the crown area and spinning it a bunch, then rinsing it with warm water as per Apple guidelines. If you have a sink that has a rinsing nozzle and can put out some higher pressure water, spraying that in the Crown area when rinsing may help as well. Good luck with your repair!

Well, that’s interesting. I guess it was dirt/lint that caused scrolling issues with your Watch.

I don’t have any problems with scrolling, I only get random clicks/presses. I never tried using isopropyl alcohol (as it’s not that easy to get where I live), but I rinsed Digital Crown under tap water and I also tried blowing into DC with air duster. It didn’t help. :(

Anyway, I’ll give isopropyl alcohol a try (a little bit later), thank you!

Update: I just checked out your link. So, you used alcohol pads to clean Digital Crown? I can get these, but how do I get actual alcohol into the area around DC?

@Nikki To be honest, depending on how saturated the pads you can get are, you should be able to just press them into the little gap between DC, and it'll squeeze alcohol out into it.

I’ll give it a try, thanks!

Nah, it didn’t help. I’ll have to replace Digital Crown encoder and flex cables, I guess.

@Nikki Aw. Sorry I couldn't help, let me know if you have any more questions. Best of luck with your repair!

I’m not really interested in buying a new watch, but thank you anyway!

@Nikki - If you can get your money back, knowing you can get a better dealer a newer watch was the point. Yes, its a few more bucks.