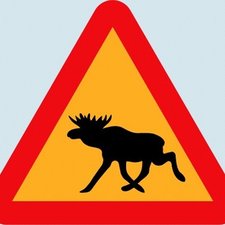 How to clone 2013 MacBook air mac & bootcamp partitions to a new ssd?

I have Carbon Copy Cloner and Winclone and I am familiar with them.

My question is how can I clone my existing 2013 Apple MacBook Air PCIe SSD to the new OWC Aura Pro X2 SSD BEFORE removing the Apple SSD from my 2013 MacBook Air?

If I swap out the Apple SSD on my 2013 MBA with the OWC Aura Pro X2 SSD and install the Apple SSD in the OWC enclosure/adapter, will I be able to boot from it to be able to effect the cloning process to the newly installed OWC SSD?

Also the iFixit web listing is very misleading by offering a bundled purchase option that includes their $25 Universal Drive Adapter that is not compatible with the OWC Aura Pro X2 SSD.

The guide here MacBook Air 11" Mid 2013 SSD Replacement makes no mention of the Universal Drive Adapter. So I'm at a loss why you think that.

When you order the replacement SSD on the iFixit website, this is the bundled option that's presented: OWC Aura Pro X2 SSD

Thats AI for you! "Frequently Bought Together" is based on what people buy. Its not a iFixer human doing this its the people who buy stuff that sets the direction.

Indeed, AI is a double-edged blade.

The order on how you prepare your drive is a bit different as most people try to plug in their new drive externally first. Here the reverse is needed as the OWC case is designed to support the original Apple SSD not the OWC drive.

So taking out the original drive and putting into the case is the correct action and putting in the new drive inside your system. Then using either a bootable OS installer or Internet recovery prepare the drive and then install a fresh copy of the OS. Of course you’ll want to adjust the partition size afterwards for your Windows space.

I personally don’t use cloning software any more as I’ve found it often carries issues and junk over to the fresh drive. It also won’t size correctly if the drive is larger. And lastly as it don’t check the files any file that has any corruption will likewise be carried over. I really recommend using Apples Migration Assistant instead.

For Windows thats a bit more work as you’ll need to redo BootCamp and install a fresh copy of Windows onto the drive. Then you can use a few different Windows tools to migrate your apps over and data files. Or just install fresh copies.

Thanks for the reply but I have had a very good experience with Carbon Copy and WinClone, replacing a 2010 and 2013 Macbook Pro HDs each with SSDs.

And yes garbage in, garbage out is always true, so I am careful not to do that.

However, the question remains:

If I swap out the Apple SSD on my 2013 MBA with the OWC Aura Pro X2 SSD and install the Apple SSD in the OWC enclosure/adapter, will I be able to boot from it to be able to effect the cloning process to the newly installed OWC SSD?

YES You'll use the Option (⌥) key to select the boot drive

Thanks for that I'll give it a try.