This is my first post here and with a big issue. Here it goes !

I have a mid 2011 iMac, which was full of dust/fluff and was getting hot very frequently, so I decided to give it a clean. I followed both the iFix video and used the “Apple Technician Guide“ to take it apart.

When I opened the Mac, it had a lot of dust and fluff. Some of the molex were really hard (maybe due to the age) and I’ve managed to brake 2 of them (really silly mistake) :

Because of this, I did a quick dirty fix to secure the cables in place using blue tac. Then, I tested the continuity, using a multimeter, between the wire and the board pads. Everything was fine, now.

After this, I sprayed carefully, using a spray can, everywhere and closed the computer.

When turning it on, there was nothing on the screen, it was black all the time. I could hear the chime, the optical drive starting and the hdd. All the correct sounds in the correct sequence but just a black screen and fans going like crazy.

I have assumed that the black screen was due to a bad connection somewhere and the loud fan due to the connectors I had broken. So I’ve re-opened the computer, re-attached all the cables and now I had Image.

Can the flickering being caused by the thermal sensor, or should the display work fine even without the sensor disconnected?

Please help me. I am out of ideas.

I was wrong, LED1/ 2 have voltage, but LED3 hasn’t since there is no led3. On the connector side you can see that those pins don't connect to anything. Stupid me.

I have taken the backlight driver off and it seems ok to me. No burned parts, no capacitors leaking, nothing. However, I think this board has been repaired before, please take a look at the capacitor’s solders.

Can I test the screen LEDs using an external power brick set to 12 volts? Will this work? This will be to mimic the driver's behaviour. 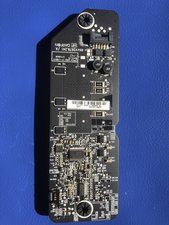 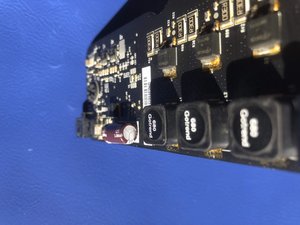 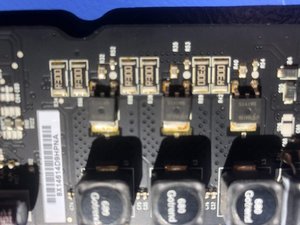 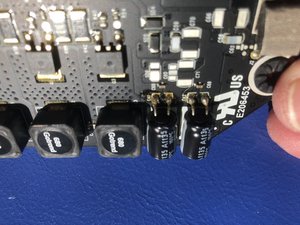 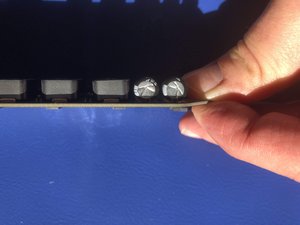 I am suspecting I might have a problem with the lcds connector on the logic board.

After opening and closing so may times the computer, the lcds cable got damaged, in the end that connects to the motherboard. The 4th drag led no longer lights up and that means there is no communication between the logic board and the display.

If I’ve damaged the cable, it is likely that I have damaged the logic board’s connector as well. With the new cable, nothing changed. Led 4 is still off.

This is a picture of my logic board’s lcds connector (the picture from the front of the connector is really bad, so you cannot see inside) 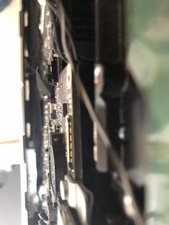 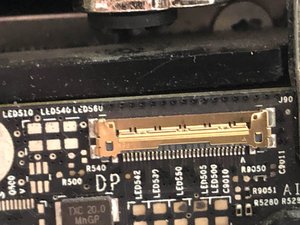 Sorry I don't see anything.

@danj I posted as an answer, since replying to comments doesn't allow me to upload pictures. If you scroll you'll see a post with pictures

@danj Can you, please, tell me what you can take from the pictures ?

Sadly, I’m suspecting a few other connectors got damaged as well.

Where do you live? Country & nearest city.

The closest person I can locate is MacFixer they are located in Fleet which is about an hour away. See if they can help you.

I think the other connectors are ok, since I touch them with the computer on and screen attached, to look for a bad contact, but it does not seem to exist.

Hi, I called them and a nice guy patiently listened to me. He thinks that he problem should be the inverter board.