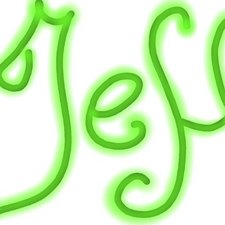 Is my PSU bad, my motherboard, or something else completely?

A few days ago I embarked on a journey to clear my iMac of dust and replace the thermal paste. I decided to do so because I noticed that the cooling system was not able to keep my CPU & GPU temperatures under 80 degrees (even at full speed) when playing GTA V. Also the iMac is 7 years old, so I figured the overheating would very likely be occurring due to some dust buildup in the system. However once I put everything together again, the iMac would not boot.

I’ve been looking at the Diagnostic LEDs when booting and I’ve been learning about what they indicate. The first LED turns on, the second LED, however, does not. When I push the power button, the second LED lights up for about a second. During this second I hear the HDD spin up and then the system turns off again, only to (I’m guessing) ‘attempt’ to boot again, as this proces repeats itself indefinitely. Nothing else seems to happen, the fans don’t spin, I hear no boot sound, and the third LED remains off as well (obviously).

When replacing the thermal paste and having to put on the heat sink again, I found it tough to hold back the CPU retainer and screwing it in at the same time. This lead to me being a bit rough with the heat sink.

Later that day I noticed that the PSU was baking in the sun and immediately took it out, thinking it could be harmful to the piece of hardware.

When connecting the tiny connector from the motherboard to the PSU I also felt like it was bending a little too much to my taste. However, I did not think much of it as it seemed the connector could handle a bit of bending.

I’ve also read someplace that it could have something to do with the RAM, though I don’t think I’ve really touched it.. Also it is incredibly difficult to remove as I have all four slots filled.

This is where I am in need of help, I have another iMac laying around (late 2015 21.5”) and I have an idea of using it to troubleshoot and I would like your opinion:

I’ve also been thinking about removing all the RAM except for one DIMM, however, they seem quite hard to remove. Has anyone got any tips? 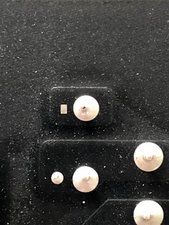 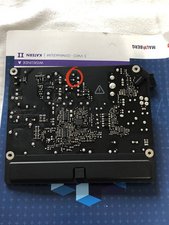 I would like to know if there is a sure way to tell that the PSU is bad, and not the motherboard. Also if there then would be a way to fix it, or if it boils down to having to purchase a new PSU.

Thanks for your thoughts in advance.

Most likely when you put the CPU back in it did not seat properly. The CPU mount system is very finicky! The way you tighten the screws is also tricky! As you want the tighten them down in a pattern that presses evenly as you go. As an example you do north then south then eat then west and you go around in that order equally in turns.

So hopefully you haven’t damaged the pins in the socket and the CPU is not cracked.

Thank you for your comment, I did try to tighten the CPU in a cross-like manner. However, now that I look back on how I did the job, I think I might have tightened one screw a little too much before moving on to the others. (I did this to make sure I could press down in the opposite corner without it releasing again)

I will disassemble the motherboard later, and let you know what I find out.