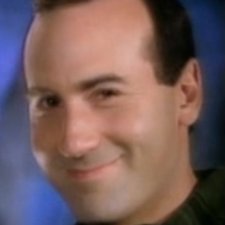 My iMac kernel panics constantly: good first project or not?

This used to be my main desktop and while I have a functional replacement for it, I’d love to get it working again. Unfortunately, a while back the internal HDD died, and after I managed to run macOS from an external drive for a while, eventually it started to frequently kernel panic

What I’m wondering is whether or not I can potentially diagnose these kernel panics at the hardware level? It’s also worth noting that I’m a total beginner here, so this would be a first project. I built and troubleshot plenty of PCs as a teenager, but it’s been a while, and I’ve never deconstructed an all-in-one before, nor any kind of Mac.

Finally, while as I said above I’d love to get this working, right now it’s just an enormous doorstop, so I am not going to especially upset if I brick it completely, as long as I feel like I’m taking appropriate precautions. (Also recognising that it is eight years old so I guess it has to give up at some point!)

So, good idea, or bad idea? (It does occur to me that I should probably at first try harder to parse the actual substance of the kernel panic dumps…but that sounds way less fun than pulling a computer apart!) Thanks in advance to anyone who reads this. :)