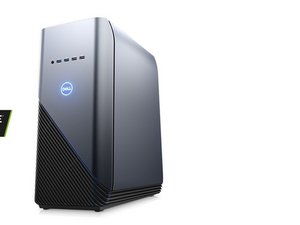 Repair information and troubleshooting for the Dell Inspiron 5680. This is a desktop computer meant for gaming.

Hello I have an Inspiron 5680 Desktop that I game on, and the motherboard went on it. Since it was still under warranty, Dell sent me a new motherboard, which I put in. Everything works great and boots up, but the only issue is that the CPU fan runs at full speed very loudly at startup and will not stop running at full speed. I've tried a different CPU fan, and the same thing happens. I also checked the BIOS for any settings that may be affecting this, but I couldn't find anything remotely related to fans or CPU temp. Any help would be greatly appreciated!

same with me. thats just how it is.

Are the latest BIOS version and chipset drivers installed?

Is the RTC battery OK?

There's probably a few boards that are touchy about it, but most of them don't have an issue booting.

The motherboard in my Inspiron 530s must be one of the boards that you're talking about.

I got the PC from a relative who was tossing it out after having stored it in the garage for 4 years, after upgrading to a newer one.

When I first turned it on the fan when to high speed and it didn't boot. Couldn't even get into BIOS etc., no screen and no error beeps

Turned out it was a dead flat RTC battery i.e. no voltage at all! I think that it may have been the original, because when I replaced it, it booted into original Vista (not even SP2) with no problems.

@jayeff Yep - I didn't know the M02/03 was touchy, but I know some of the boards are temperamental with a dead CR2032. The one my M02 530s came with was fine after 10 years. The clue the machine uses a touchy board is when someone mentions it doesn't boot and it's 5-10 years old.

Worth a try because Dell has a few of those voltage sensitive boards, but it's nowhere near as common as it is on HP systems. It's so much more common with HP boards I change the CR2032 as a maintenance item after 10 years and keep it for a low risk use case.

My XPS 8500 was at ~2.5-6V and it still booted, but I knew it was coming up due and did it when I repasted it. It may be one of the voltage sensitive boards that can handle it when it's borderline but not when it's flat, or a case where it loses the BIOS settings with no power but keeps booting. No point in coming to a dead system for no good reason when I had it open to inspect it. Didn't throw a voltage warning and that's usually the warning range.

Sorry for not replying in a while, I will check them and let you know. Thanks a ton!

EDIT: I did install the latest bios, and I dont think its a driver issue, since the issue still occurs while the HDD is unplugged

Did you ever get it solved?

It’s normal for it to happen within the first few seconds on the Dell desktops - most people don’t notice because they don’t know it happens. If it stays like that for more then 5-10 seconds and it’s a no boot situation, it’s usually a RAM or power supply issue. The startup RPM is not as aggressive as the Core 2 generation was, but it still happens and you can tell if you know what to listen for during POST.

The cheap common fault I’ve seen when it boots is someone did a fan swap and it provides insufficient PWM data since the machine is somewhat specific about what data it expects. When it isn’t providing RPM data, the fans assume there’s an issue and run them at 100% speed all the time, along with throwing a BIOS boot warning. If you see a boot error, start with the fan in question with these machines. CPU is 4-pin and rear fan is 3-pin and it needs to provide RPM data - stick to the Delta fans Dell uses as those provide the correct data.

For non-booting machines, the first thing I do is inspect the power supply for an issue (connection or physical problem) and replace it if it’s not due to something like the 4 pin 12V ATX/P4 power connector (P4=first machines to require it). That solves it most of the time with non-booting systems. NOTE: You have a huge issue - 2 different power supplies based on the factory CPU spec! Lower spec machines (i3/i5) use the stupid nonstandard supply like Lenovo, but the high end (i7) machines use the ATX 24-pin. PRAY IT HAS THE NORMAL ATX PART OR YOU NEED TO USE THE DELL PART.

If the power supply looks fine/non-standard unit, start with the RAM - that’s the second common cause for the full speed fan issue with a no boot condition. If you have 2 modules, removing one will usually work unless both are bad. When you replace it, don’t mix the good OEM modules with new retail ones - replace it as a matched set. Dell boards aren’t picky, but for normal users it just creates avoidable problems.

If none of those fix it, your motherboard is bad.

Sorry for not replying in a while, I will check them and let you know. Thanks a ton!

@Armen Orbelyan You still have your original fan? If so, keep that around for a reference part number and reinstall it for Dell.

More then likely they'll send a whole heatsink if the fan is at fault. It's cheaper for them that way then to keep a stockpile of the specific PWM fans their boards like. Anything that has the right data works, but it's usually a Delta fan in my experience with the 2 I own that are not from the P4 era with the Sunon fan (530s/XPS 8500). The Delta fans usually hold up very well as they age, so while it happens, it's not always a bad fan. I have yet to see one fail, even in a neglected system.

I am Dell Depot Technician. It is common issue. On-Site Technician always forgot to take out.